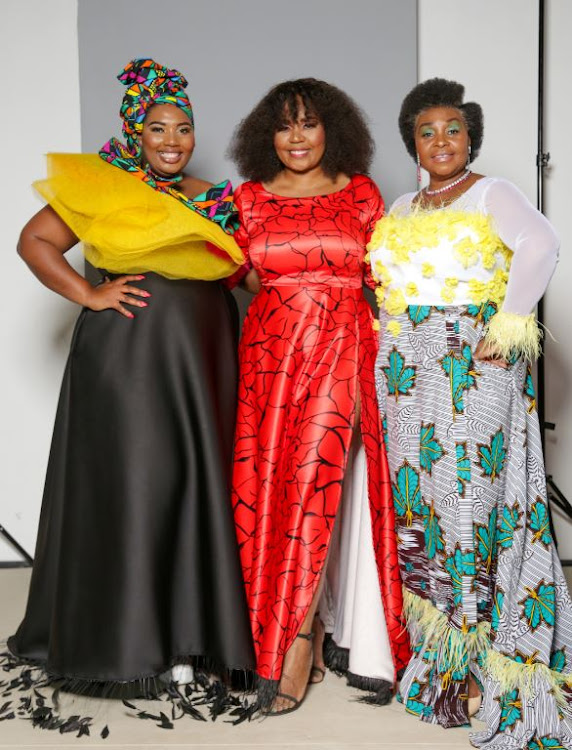 Designer for the brand Nkateko Khoza set the bar high, with Chaka Chaka’s nostalgic anthem Umqombothi playing as she strutted and jigged on the runway at The Leonardo in Sandton.

Young designer Keletso Moraba, who rose to fame as the winner of David Tlale’s The Intern, served as precursor for Khoza with his label K. Moraba & Collective. His collection launched with chic minimal tones then shifted to flirty sequins before exploding into electric denim blues.

In contrast, Khoza went straight to her signature kaleidoscopic African prints crafted into modern feminine silhouettes. She cleared the palette in the middle with Gothic princess pieces, with sheer detailing.

In conclusion, she returned to vibrant botanical patterns in bright shades of green, yellow and pink when the A-listers stepped on the runway. The fashion crowd erupted into roaring cheers and applause. 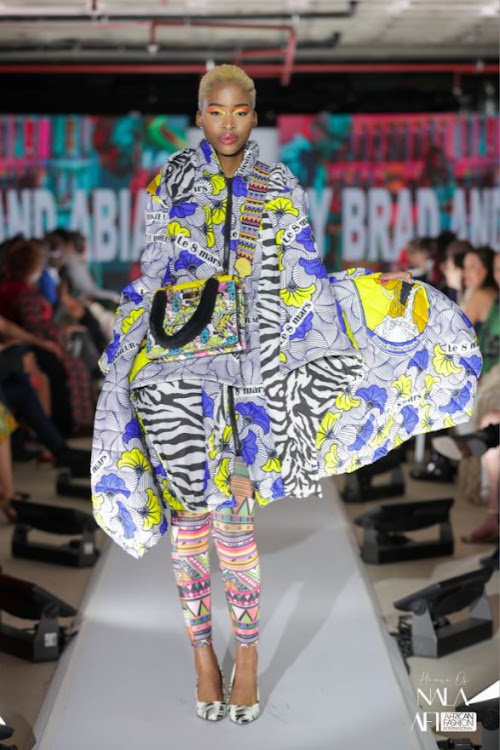 “Working with an African print is exciting for me because every time I have to work on a new collection it’s a different vibration for me playing with a new print. I love working with prints and 90% of my clothes are in prints,” Khoza says.

“With the women that walked in the show, I firstly wanted to honour my former mother-in-law, Yvonne Chaka Chaka. She has been a brand ambassador and owns over 200 dresses if I’m not mistaken. We met in 2016 when the brand had just started and have dressed her for big events.

“I asked them under short notice to partake in the show and they all didn’t hesitate. I met Penny through Mama Yvonne and the fact that we all come from Bushbuckridge, we just clicked and she became my older sister.”

Novice label Siyababa Atelier founded by Siyabonga Mtshali from Esikhawini in Richards Bay was one of the exciting discoveries at AFI. He stood out showcasing among a crop of rising designers under the AFI Fastrack umbrella, which put the spotlight on fashion design graduates.

It’s the same platform that introduced now world-known fashion designer Thebe Magugu in 2015. The programme did the same for Tuelo Nguyuza and Rich Mnisi in 2014. Mnisi, Magugu and Mtshali, coincidentally, studied at Johannesburg’s Lisof Fashion School.

Magugu sat next to AFI founder and CEO Dr Precious Moloi-Motsepe in the front row as Mtshali showcased his collection. “Being part of Fastrack was a world win for me because I have always wanted to be part of the programme after seeing Thebe Magugu and Rich Mnisi walk through the same footsteps,” Mtshali says.

“It was a blueprint I saw as a win because they are individuals who inspire me. I’m not easily impressed and when my models walked down that runway not knowing who is watching I was under so much pressure and stress.

“When I walked out to say my grace and 'thank you' to the crowd, seeing Dr Precious and Thebe Magugu giving a smile and nod of approval was a milestone for me. I felt like a bad b**ch. 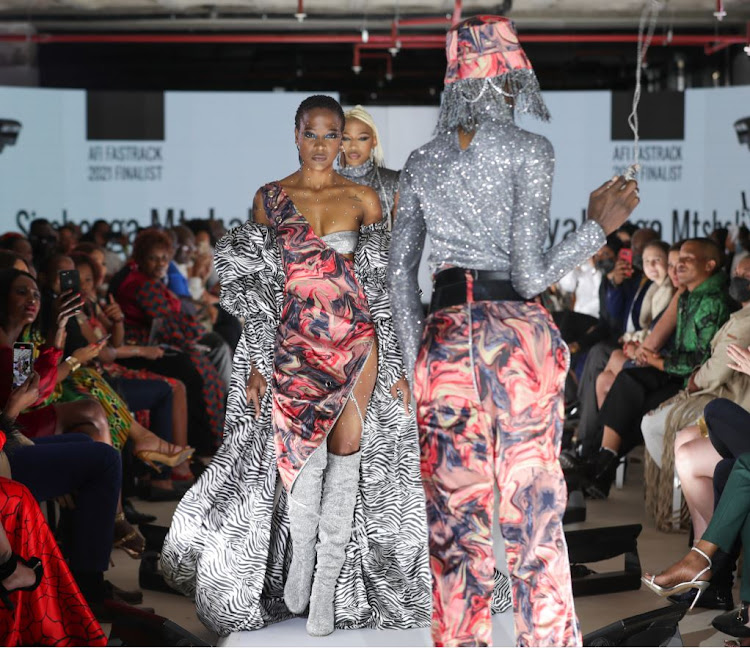 Mtshali’s collection was an unapologetic self-expression of black queer culture. The models dazzled in iridescent chainmail creations and sashayed to gqom on the catwalk like it was a ballroom battle scene from TV series Pose.

“The collection was very personal to me, especially with it being Pride Month. I wanted to represent the LGBTQI community and allow them to have a voice on a platform such as AFI. A platform where we can be loud and proud,” Mtshali says.

“It was more about telling a narrative of my friends, who allowed me to be myself. I’m masculine and flamboyant…”

Mtshali first made a mark earlier this year when he re-imagined one of Boom Shaka’s iconic 1990s looks for the Sowetan40 x Netflix campaign, which honoured the paper’s 40th anniversary through the lens of pop culture.

All sorts of animal print – from zebra to leopard – with a touch of 1990s swagger, dominated the show.

Designer stands for something different from the norm.
S Mag
2 months ago

The threads behind thrifting

We uncover the history and growing hustle of thrifting — and where you can find the most coveted gems.
S Mag
3 months ago

Trends come and go, but some are so deeply rooted that they never die.
S Mag
3 months ago

SPONSORED | Themed Be you, Be Truly African, the hybrid experience celebrates all multifaceted expressions of being African in a globalised world
S Mag
2 months ago

Here are some key pieces to help you get the cowgirl look.
S Mag
2 months ago
Next Article