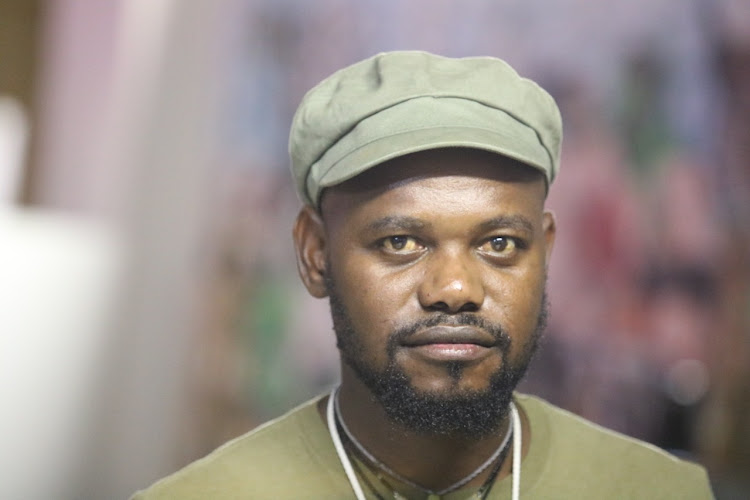 Visual artist Blessing Ngobeni credits his tumultuous childhood for being the matchstick that lit the spark for the creativity behind the artwork he is known for today.

The self-proclaimed “master of creativity” was born in 1985 in the small rural town of Tzaneen in Limpopo.

From a young age playing with his peers, Ngobeni knew he had a keen interest in art when he would handcraft toy cars using steel wire and miniature cattle using clay.

But at home there was trouble, especially with his stepfather, resulting in Ngobeni fleeing his hometown at the age of 10. According to Ngobeni, he hitchhiked to Johannesburg with his slightly older friend, Akani. 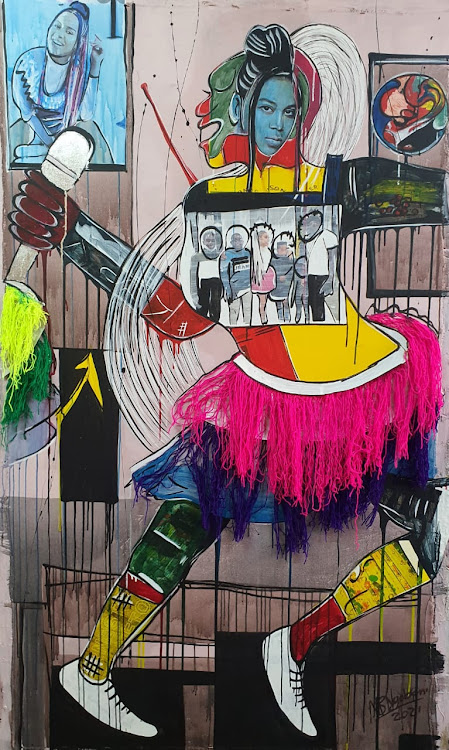 They then became vagrants and often occupied dilapidated buildings around Joburg. With no money and food, Ngobeni got caught up in a life of crime, finding himself in hot water with the police.

But after that turbulent decade, Ngobeni bounced back and entered the contemporary art scene.

“I got arrested for pick-pocketing when I was 13 years. I had to serve time in prison. After two years in juvenile prison, I got sentenced to serve nine years. However, I ended up spending five years and six months behind bars,” Ngobeni details the turning point in his life as a young man.

“When I was in prison I made some connections with people who believed in my talent...”

After leaving prison, Ngobeni participated in a “taxi art project” that earned him R800, which fuelled his desire to make a living out of his creative abstract pieces.

Now a father of three, Ngobeni established a unique style and critique on political regimes that spoke about topical issues in SA, making the ruling party the subjects of his art.

Coupled with his own experience with hardships and challenges, Ngobeni tackles the alarming “consequences of betraying democratic ideals” and the “failure to learn from historical tragedies” that has led to the expanding gap between the rich and poor.

“I always feed off positive energy that helps inspire my art. My firstborn son is one of my inspirations – I just love his perspective on life,” Ngobeni says.

“However, my childhood, adolescent phase as well as the current democratic issues in our country and historic tragedies play a major role in my art.” 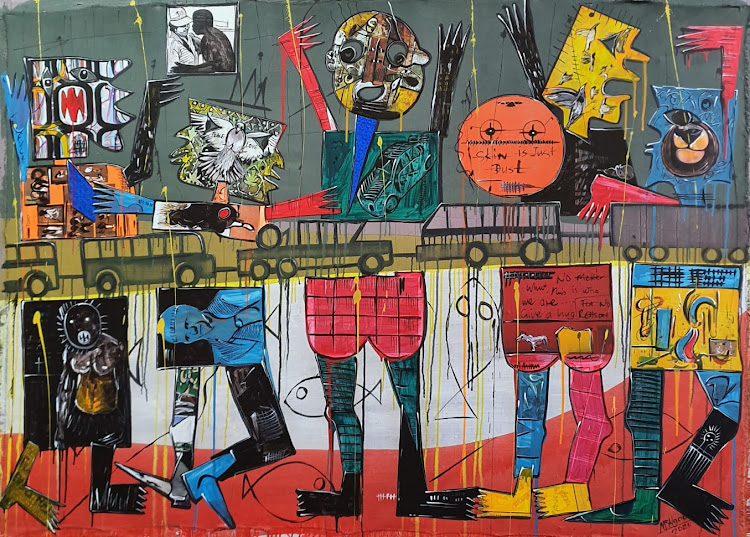 While his life has now struck a balance, Ngobeni has rekindled his relationship with his mother who thought he was missing from the time he ran away from home as well as the time he spent in prison. “In 2012, my uncle was the one who actually reached out to me. He told me about my biological father who passed away 12 years ago at the time. I then asked him to reconnect me with my mother and he did.

“When I finally met my mother, she apologised to me. She explained that part of the reason she did what she did was that she was very young when she had me. See, my mom gave birth to me when she was 13 years old, so she thought she was doing the right thing by being with my stepfather,” Ngobeni explains.

The 35-year-old is evolving his artistic trajectory, which includes the expansion of his range of creative mediums through producing free-standing and wall-based sculptures, video animations, sound installations and live performances.

His latest exhibition, A Note From Error, is inspired by artists such as Dumile Feni, Jean-Michel Basquiat, Norman Catherine, Pablo Picasso and Joan Miró as well as the artistic grammar of surrealism, the rebellion of Dada and the symbolic force of neo-expressionism.

'I think I would be a better husband if my mom did not pass on that early'.
S Mag
1 month ago

Nod is boost for amapiano.
S Mag
1 month ago

A celebration of black love and african beauty

Welcome to the wedding of Lebogang and Vumile Mavumengwana.
S Mag
1 month ago

Cedric Fourie opens his heart on love and laughter

Actor talks about life when the camera stops rolling.
S Mag
1 month ago
Next Article