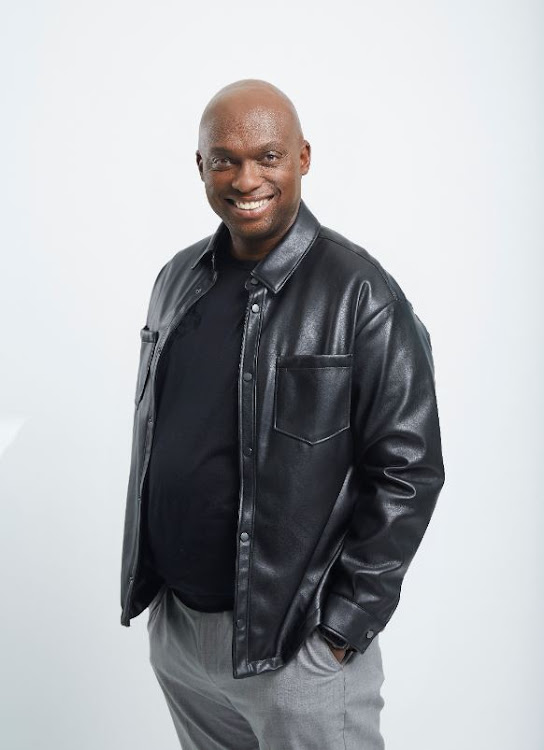 More than 20 years on, veteran broadcaster Thabo "T-bose" Mokwele still regards himself as the same boy from Tembisa who was afforded an opportunity to work in the entertainment industry.

Mokwele first stepped into commercial radio in 1997 at the age of 23 when he joined Gauteng youth station YFM, a move his parents, Jonas and Betty, were not entirely sold on. After all he chose to quit his well-paying job in chemical engineering for a lesser salary in broadcasting.

“I worked as a chemical engineer for a year and then YFM happened. My mom was upset with me quitting my job but she later grew fond of the idea that I was carving my path in the broadcasting industry,” Mokwele says.

“I don’t regret following my passion because I believe this is what I am meant to do.”

His colourful airwaves career has taken him from YFM to Metro FM, before joining Kaya FM in 2006. He has been there ever since, currently hosting Best T in the City weekdays and Touch of Soul every Sunday.

“The first time I projected my voice on the microphone happened at TUT FM [Soshanguve campus]. I was 19 at the time. There was a radio station being formed, so I went and joined out of curiosity because I used to be a huge fan of the radio," Mokwele says.

"My favourite presenter at the time in 1991/2 was Grant Shakoane I used to love how he presented his shows. When the auditions came, I went in to try my luck. At that time Hector Matua was the guy auditioning us. When the mic switched on, instead of using my own voice, I mimicked Grant Shakoane.

“But Hector was very kind. He gave me my first radio advice that I cherish to this day which was to ‘be myself', he told me that he was not looking for another Grant but a new voice in radio."

While his biggest lesson was to always remain true to himself, Mokwele admits that during his early radio days he was nervous to voice his opinions to a larger audience. He has learnt through the years to be vulnerable which served as a tool for his listeners to gravitate towards him more. “Radio has been a means for me to be vulnerable and transparent about my feelings on certain topics. It has helped me learn more about what people’s mindset is on certain issues, even on issues you thought you were part of the minority – that creates a sense of community,” Mokwele says.

Mokwele champions for empowering oneself with education and the accolades he holds under his belt are a reflection of that. In 2018, he decided to complete his masters in strategic management at the University of the Witwatersrand. He refers to it as a "momentous moment" in his life.

“The more you know, is the more you realise that you actually don’t know a lot about things, that’s the reason why I chose to further my studies. Being a researcher all the time really drives me to want to learn more – I actually study for the fun of it,” he says.

The seasoned radio broadcaster also speaks fondly of his late mother, who he affectionately called his “girl” based on the strong bond they formed.

“I’ve had a number of memorable moments in my career. I can’t help but think of moments one would want to relive such as that of my late mother," Mokwele says.

"My mother passed away in 2000, just two years in my working life. It was quite a sad moment for me, I mean, this was my girl, my queen.

"There was a moment where she was very needy of me and I remember how I would drive her to various places she wanted me to take her to. Whenever I speak to my listeners who often tell me stories about their relationships with their mothers, I can’t help but envy that.

"I think I would’ve been a better husband if my mother was still alive. I am forever learning to be a better husband. I would say the secret to a successful marriage is teamwork."

The 47-year-old is married to former broadcaster Mapaseka Mokwele and they are blessed with children.

One of the greatest lessons Mokwele learnt from his late parents is to always finish what you have started.

Favourite emoji: Black man raising his arms in the air

“There’s great self-discipline, focus, resolve and decisiveness in finishing what you’ve started. That’s what I am instilling in my children,” Mokwele says

“My most memorable moment of my late mother and father would be the time our house first got electricity and my mom came home with an electric kettle she bought. Obviously, this was something they had planned together but my mother wanted to surprise my dad.

“As I was sitting in the kitchen with them, my mother presented the kettle to my dad, with excitement they stood up and that the first time I saw them kiss. The celebration over the electric kettle was such a big deal as if she bought him a car.

"It was a celebration of note. But later on, I learnt, it’s about the mutualism between the couple and how they feed off each other. In seeing that for me, there were so many lessons.”

Ledwaba believes embracing her skin was and still is a journey.
S Mag
3 months ago

The Johannesburg based artist is delighted to share a piece of herself with the world.
S Mag
3 months ago

Sowetan first got to know the newcomer when he caused a stir on Date My Family in late March.
S Mag
3 months ago
Next Article