Runway star is on books of big Italian luxury brands 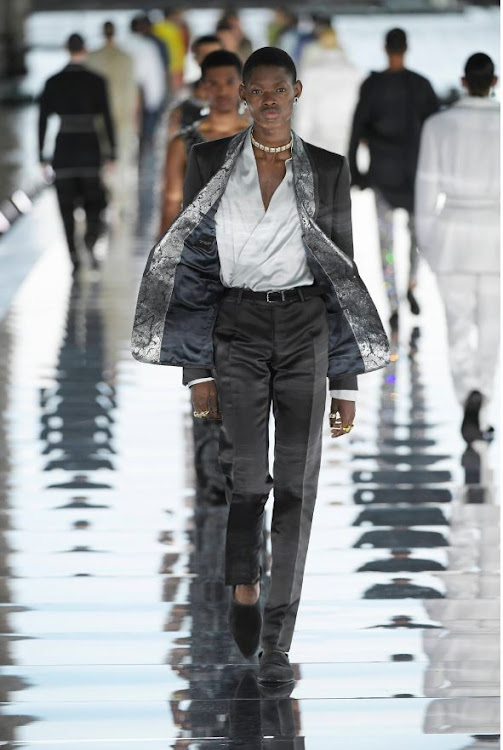 Limpopo-born Denetric Malope has been plucked from obscurity to become one of the most sought-after male models on the global market.

In the past six months since departing SA, the 22-year-old model has booked major Italian luxury brands Prada as well as Dolce & Gabbana.

Who can blame them, have you seen Malope’s luscious, full and natural plump lips?

Perhaps when Frank Ocean jotted down the lyrics to his song Chanel, “My guy pretty like a girl”, he had Malope in mind.

But despite his newfound fame, rubbing shoulders with designers like Raf Simons, Domenico Dolce and Stefano Gabbana, Malope remains delightful, accessible and polite.

When I slide into Malope’s direct messages on Instagram (get your mind out of the gutter) late at night asking for an interview, he promptly accepts with a “Yes, sure”.

Malope moved to Milan around May, although he says he plans to relocate to another European city soon for a longer stay.

“I don’t like talking about my future plans and what I’m going to do next,” Malope replies via voice notes when I court him about where he’s relocating to.

In June, fresh-faced Malope scored big when he was cast as one of the models to star in Prada’s spring/summer 2022 show.

But Mzansi came to a standstill when he walked in Venice for the much-publicised Dolce & Gabbana Alta Sartoria show in late August. Vin Diesel, Kris Jenner and Helen Mirren watched as he strutted his stuff on the runway. Not even an unexpected hailstorm that descended during the show could dim Malope’s shine.

“Walking for Prada and shooting a campaign that is one thing I will never forget because it was the biggest thing to happen to me,” Malope says.

“[Modelling for such brands] was fun and fancy. We got to stay in a very fancy hotel. I got to meet people from all over the world because they work with a big team from all regions of the world. It was fabulous.

“My early modelling days were about learning. They were very frustrated with going to castings and not being picked. It was a hard phase of getting to know who you are,” Malope says. 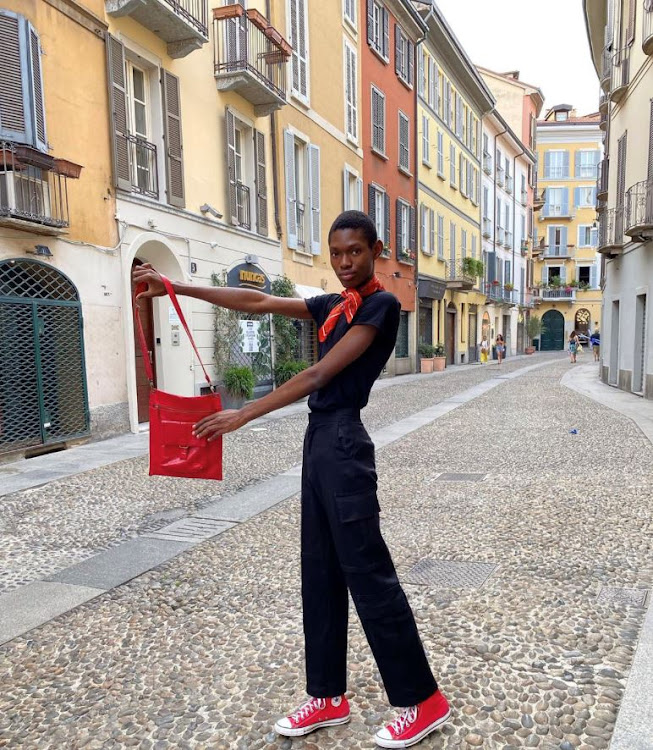 Denetric Malope out and about on the streets of Milan.
Image: Supplied.

Born in Elandskraal, near Marble Hall, Malope says he was raised in a strict but fun household. His biggest focus now is living his dreams and making his family proud.

“I was raised in a loving and respectful family. I was raised in the warmest way possible and given the opportunity to be who I am and do what I love to do,” Malope says.

“It’s exciting to see people who don’t even know you get excited that you have done this kind of work that is so big. Making my family and friends proud also makes me feel so good.”

“I had fun meeting the other models who are from other parts of the world that I didn’t know existed. The coolest part was learning new languages and cultures in these six months.”

Malope studied fashion design at Tshwane University of Technology. In 2019, while attending an African Fashion International (AFI) event in Melrose Arch, Johannesburg, he was scouted.

“Someone saw me and said to me that I was beautiful and they would love to sign me.” Two days later Malope was signed to a modelling agency.

“From there it has just been me creating stuff that got to be seen and noticed by international agencies and brands.”

Before his international big break, he credits local designer Gert-Johan Coetzee for giving him a chance. Malope walked for the brand at SA Fashion Week and starred in a campaign for the label.

Yeehaw culture is taking over the world of fashion, and Masango is riding the wave.
S Mag
8 months ago

Who failed and who nailed it when it came to their wardrobe choices for 'fashion's biggest night'?
S Mag
8 months ago

SA designer Nicole Ncube is striving to bring the fun back into fashion.
S Mag
9 months ago

The multi-hyphenate media personality let's us in on her fun-filled lifestyle.
S Mag
8 months ago
Next Article