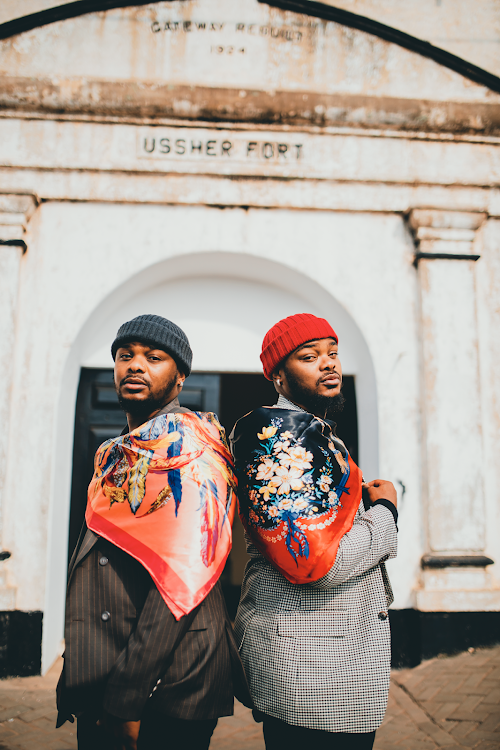 But will viewers get to see Inside Life: Major League return for a second season? The twin brothers laughed when Sowetan asked them the million dollar question. “I really can’t say but we will definitely give people what they want... Stay tuned to our social media to see what we do next,” said Bandile.

The MTV Base eight-part series saw the music duo travelling across Africa as well as Europe and America in search of global success.

“The biggest highlight for us was the opportunity to let our fans into our lives. For the first time that they get to see what goes on behind the scenes in our careers and our day-to-day lives from the time we wake up and how we prepare for big project,” said Bandile.

“Another big highlight was ticking off some bucket list items, I mean we got to go sky-dive for the first time and travel through Africa, taking our music to the people.”

Banele added: “We saw this as an opportunity to drive the narrative of Amapiano on the continent and give viewers an opportunity to see the back-end of the music as well the entertainment business. The bonus is, our fans got to know us a lot better in the process. This is a movement and it is just beginning.”

The Mbere brothers hope that fans can now tell them apart. “Yes, we are twins but we are definitely different. I think more than anything our fans can relate to us better and they have a better understanding of exactly what we do,” Bandile said.

“We also got to show a glimpse of our personal lives, the team that makes Major League what it is and our family and friends, which was pretty cool.”

A regular on the show was cultural curator and tastemaker Uncle Vinny.

The musicians admitted that it was, however, weird having cameras follow their every move. “It was a bit weird waking up and already the cameras are watching you,” said Banele.

“We just got used to it after a while and at times you forget that the camera is on. It was hard at first but we definitely got used to having the camera crew around us.”

Fashion designers to capture the spirit of the contestants’ childhood memories.
S Mag
7 months ago

Blanco became an overnight sensation after his debut on Boity's reality TV show, Own Your Throne.
S Mag
7 months ago

The renowned designer works with artist Mavengere.
S Mag
7 months ago
Next Article