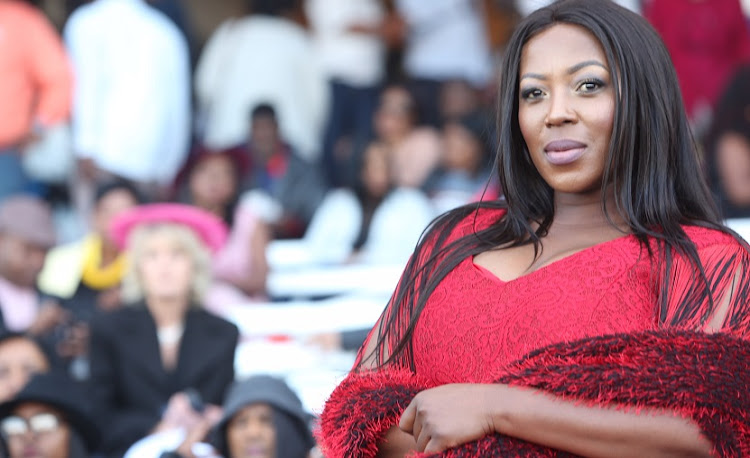 Ever wished  you could go away to some place to mend your broken heart shortly after a break-up or deep betrayal? Well, that’s the case for eight contestants who will be a part of an intensive relationship boot camp that’s documented as a reality TV series called Away for Repair.

Originated by the South African National Parks (SANParks), the reality show is set to showcase heartfelt stories of ordinary people taking some much-needed time away to mend broken bonds with the help of seasoned actress Rami Chuene as the host of the show and Romeo Mabasa as the life coach leading the way.

“The lessons that I would apply to my life and the couples who went through this experience would be that you can never have enough communication, you’d rather over-communicate than you trying to not to communicate.

Over her 25-year acting career Rami Chuene has come to be known for her strong, powerful female roles.
Entertainment
1 year ago

Actress Rami Chuene has reflected on the love and unity that dominated in the entertainment industry back in the day.
Entertainment
1 year ago

Chuene, along with the life coach, will put the distressed contestants into teams as they go through an intensive relationship boot camp that will have viewers travelling through seven of SANParks's national parks.

“My favourite moment of the show has been the actual travelling because I don’t think I would’ve had enough time to do that by myself. I got to see some of the most amazing parts of South Africa that I would’ve never imagined, and there’s still so much to see and it’s actually so mind-blowing!” Chuene said.

The veteran actress said the series will see the teams competing in various adventures that will not only challenge them physically but mentally as well. The teams include a pair of varsity friends dealing with a deep betrayal, sisters yearning for acknowledgement of past hurts, a married couple that has lost their foundation of trust and a mother and daughter in deep need of unlearning their toxic behaviours.

“Away for Repair will treat viewers to an emotional rollercoaster as four teams of two volunteer for a relationship boot camp in the heart of South Africa’s natural and cultural heritage,” SANParks’ managing executive of tourism development and marketing Hapiloe Sello explains.

“With the wide-open spaces, majestic views and wild animals, viewers will start to understand the healing aspect of nature and the reason why a visit to one of the 20 SANParks destinations is ideal for rejuvenation and reconnection.”

Here's what to expect on the reality show:

The reality show is set to premiere on Mzansi Magic on DStv channel 161 on October 7 at 9.30pm. It is scheduled to air for 13 weeks, with episodes being broadcast every Thursday, with repeats on Saturdays at 10.30am.

Your faves have come a long way...
S Mag
8 months ago

It might be cold outside, but celebville sure is heating up!
S Mag
5 months ago

In celebration of their wedding anniversary, we go down memory lane with pictures of the couple.
S Mag
7 months ago