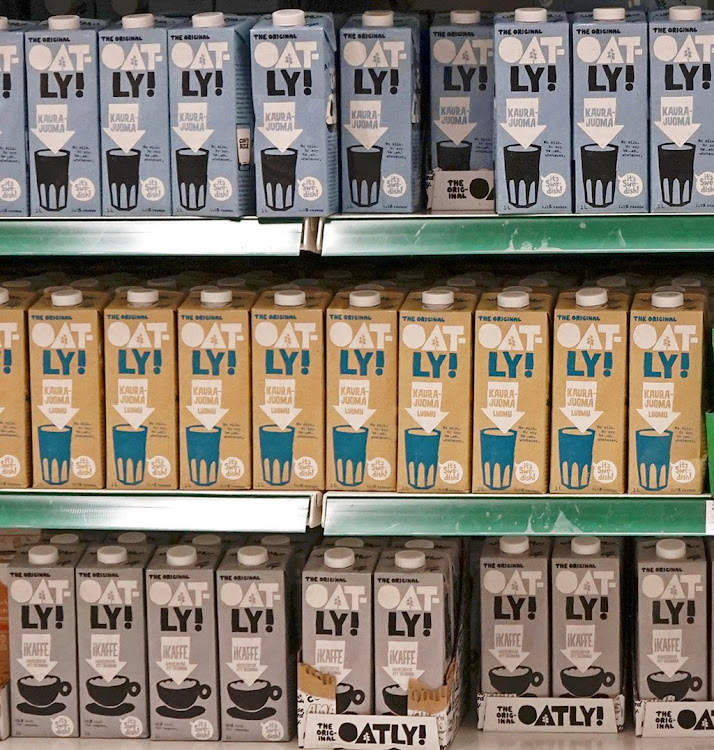 Oatly Group on Monday forecast at least a 64% surge in its annual revenue as the newly public Swedish company benefits from rising demand for vegan milk alternatives at restaurants and coffee chains such as Starbucks.

US-listed shares of the company rose 6.5%, trading about $1 above its May initial public offering price of $17 as it also floated plans to ramp up production to meet “100%” of oatmilk demand by fall.

Founded in 1990, Oatly has ridden a wave of interest in plant-based food in recent years, led by millennials and Gen Z consumers, who are more than willing to spend on sustainable products that are also healthy.

Like plant-based food company Beyond Meat, Oatly said sales of its dairy-alternative products at restaurants rose in the second quarter, recovering from last year's pandemic-driven fall as consumers started to dine out again.

Oatly, whose backers included celebrities Oprah Winfrey and Jay Z, said it was especially benefiting from its exclusive US oatmilk supply agreement with Starbucks, with the coffee chain accounting for 27% of sales in the second quarter.

The Malmö, Sweden-based maker of dairy alternatives said it expects annual revenue to rise to at least $690m, above estimates of $681.4m.

“I don't think anybody expected this magnitude of success at Starbucks. But it's really important for us,” CEO Toni Petersson said on an analyst call.

To catch up with the demand, Oatly spent heavily to ramp up production capacity and on Monday floated plans to boost capacity at its Utah manufacturing facility by 50%.

Oatly's expansion as well as higher shipping expenses led to its second-quarter losses widening to $59.1m from $4.8m a year earlier. Excluding items, Oatly lost 9 cents per share, compared with estimates of a loss of 10 cents, according to Refinitiv IBES data.

Why has this plant-based copy of meat eaters’ favourite delight risen in popularity seemingly overnight?
S Mag
6 months ago

The new rules, which will come into force at the end of next year, are designed to change the current trend where one in three children leave primary ...
S Mag
6 months ago

A love of food led this self-taught cook from IT to being the It Girl on the culinary scene.
S Mag
6 months ago

The award-winning young chef is set to open his first restaurant in Franschhoek.
S Mag
6 months ago
Next Article