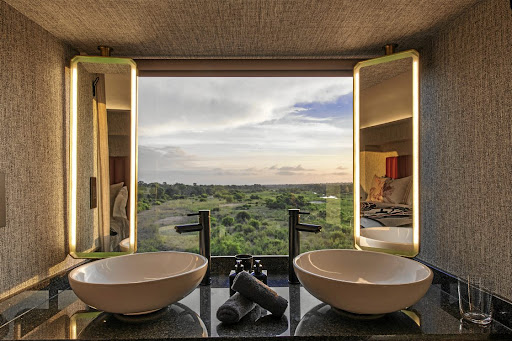 You might well linger over brushing your teeth in a bathroom with such incredible views.
Image: Supplied/Kyle Lewin

As the plane starts making its descent towards the Skukuza airport runway, I spy bushveld as far as I can see. Trees and shrubs blend into one another with hues of beige and brown, lines of white and specks of green weaving into the horizon of the nearly 2-million hectares of protected land.

Roughly 100 years ago, travellers to the Kruger National Park would have been greeted with a similar scene, if only from the window of a more old-fashioned mode of transport: a train.

The railway line it would have travelled along was first commissioned by the Transvaal Republic as a way of getting gold from the Selati goldfields (in today's Limpopo) to Komatipoort and then on to Lourenco Marques (Maputo). It was built between 1892 and 1912 with much political scandal, bribery and corruption along the way.

In 1923 it was taken over by South African Railways, which introduced a nine-day tour through the Lowveld. 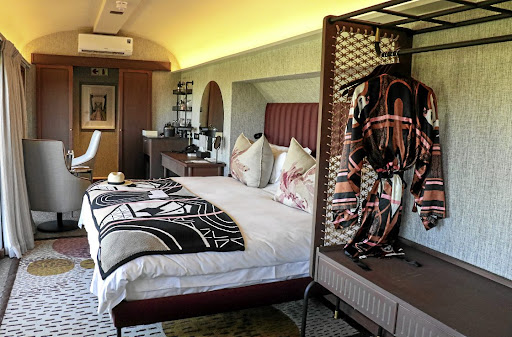 As the line passed through SA's first game reserve, the Sabi Game Reserve (precursor to the Kruger National Park), its warden James Stevenson-Hamilton urged the government to let trains passing through spend the night on the Selati Bridge.

Guests would disembark and, accompanied by game rangers, spend the day admiring the animals. At night, they would be entertained by the rangers with tales around bonfires before retiring to their carriages to spend the night and continue their journey the next day.

By the time the Kruger National Park was declared in 1926, this overnight stay and safari excursion had become the most popular stop on the line.

A MODERN NOD TO THE PAST

The last train to run along the Selati railway line ran through the park in 1973.

Today, the modern traveller setting out from Skukuza airport can remember those pioneering tourists with a visit to Kruger Shalati, the Train on the Bridge.

The hotel was constructed from 13 railway carriages dating from the 1940s and '50s — renovated and elevated into luxe carriages that are now permanently perched over the crocodile-and-hippo-inhabited Sabie River.

A mere five-minute drive from Skukuza airport, it was officially opened in December 2020 and this year made Travel and Leisure's “It list” after being named one of the Best New Hotels in the World for 2021 — the only hotel in SA to make the cut.

Apart from the antique carriage bodies, nothing about the rooms is dated. Floor-to-ceiling glass windows on one side offer a splendid view of the expanse of the bush.

The swanky interior is a result of collaboration between interior designers Hesse Kleinloog Studio and a range of designers, artists and crafters.

Special touches include woven screens by award-winning designer Thabisa Mjo and blankets with a cool, contemporary African print by graphic designer and textile creative Bonolo Chepape, which complement the blush linen tones and black-and-white tiled walls and floors in the en suite bathrooms. 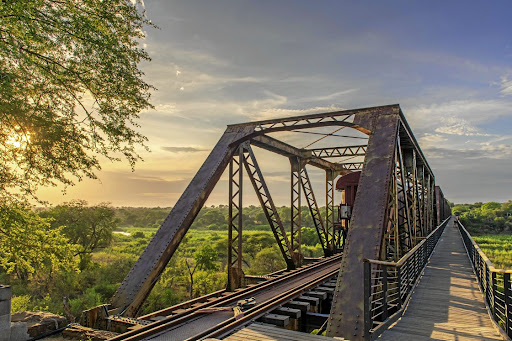 Kruger Shalati, on an old bridge over the Sabie River in the Kruger National Park, was constructed from 13 railway carriages dating from the 1940s and '50s.
Image: Supplied/Kyle Lewin

Forget standard white bath robes. Flowing silky robes with bird and railway motifs wait to be donned after a soak in the tub. Depending on your luck, you can wrinkle up in a bubble bath while the wild inhabitants in the area stop for a drink on the river banks below.

Perhaps the most prominent jewel in the Kruger Shalati crown is the viewing deck jutting out from the centre lounge carriage, with a bar and overhanging infinity pool in the centre of the bridge.

It is here that an exquisite high tea can be enjoyed daily if you're not snoozing in your room or exploring the surroundings, or where guests can sip Insta-worthy sundowners before setting out on an afternoon game drive. 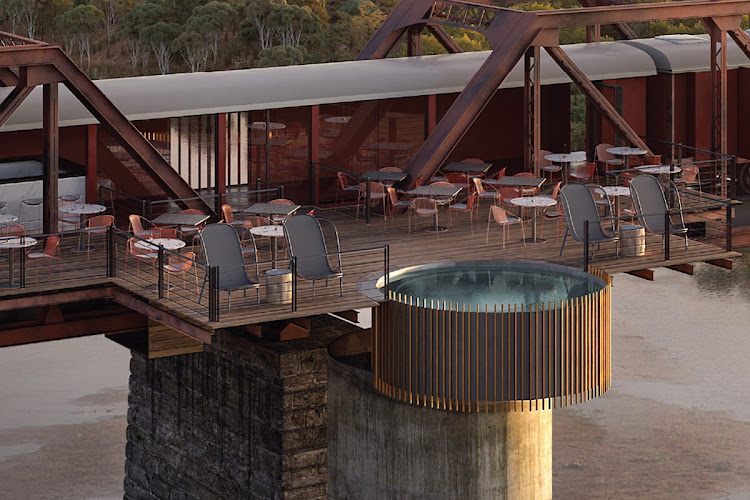 The viewing deck and pool jut out from the centre-lounge carriage.
Image: Supplied.

Small touches such as signature cocktails made with ingredients sourced within a 20km radius add to the local focus of the hotel. Wild anise, mint, mango and sugar cane are stirred together with Indlovu gin, which is famously made with a very special botanical — elephant dung. It sounds wild but is delicious and 15% of every bottle sold goes to a wildlife conservation fund.

SETTING OUT TO EXPLORE

Within minutes of setting out on a short game drive, we spotted buffaloes munching in the onset of dusk with a backdrop of the train on the bridge, pied kingfishers in the golden glow and jackals preparing for some night-time frolicking.

When not exploring the area on a game drive, guests can take a short walk to the adjacent Skukuza rest camp, which is home to the recently opened Kruger Station 3638. Described as a “food and entertainment hub” on its website, it stays true to the theme of railway travel.

It's named after a steam locomotive at the centre of the restaurant, which houses a dining car, lounge and bar where the energetic Tebogo Mashego is always happy to whip up a flurry of his signature drinks, which he'll serve with a choo-choo dance and a spring in his step. 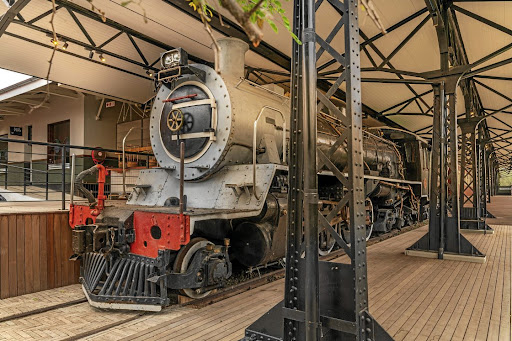 If you book the bed-and-breakfast-only option with Kruger Shalati (keep an eye on their social media for specials), the menu at Kruger Station is both classic and exciting, offering basics such as pizza and burgers alongside more adventurous options including impala and warthog pie.

There's also a kiddies' play area and 360° cinema where wildlife and conservation documentaries are shown and cinemagoers can learn about the fascinating Kruger National Park rail story.

After munching on a delectable crocodile Parmesan schnitzel and merrily partaking of Mashego's blue cocktail creations, I couldn't help but dream of my next visit as I made my way to the airport to make my 21st-century journey home.

In a landscape overflowing with luxe game lodges offering a similar mix of game drives, superb food and excellent service in a chic setting, Kruger Shalati is a one-of-a-kind destination that ticks all the boxes but harks back to the golden age of train travel in a spirit of exploration, relaxation and a celebration of all that is local.

In short, it's a bucket list destination I'd be delighted to visit again. 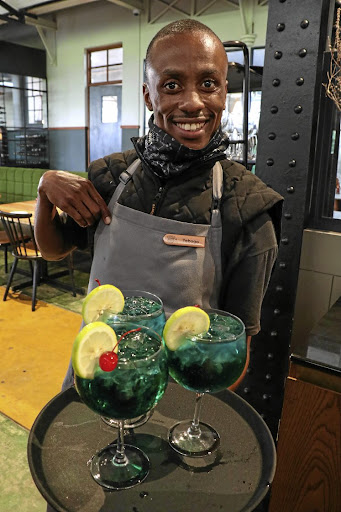 Kruger Shalati's rates are from R6,750 per person sharing per night for Southern African Development Community residents. This includes accommodation, all meals, select nonalcoholic and alcoholic beverages, two daily game drives and transfers between Skukuza airport and the hotel.

The carriage rooms do not allow children under 12 but seven land-based family-friendly “Bridge House” rooms are set to open for bookings at the end of the year. This will include five double or twin rooms, one honeymoon suite and a family suite that can sleep four.

• Oberholzer was a guest of Volvo Car SA.

#TravelTuesday: Now is the best time to visit Victoria Falls

Once again open to leisure travellers with a fully vaccinated population and great specials, Victoria Falls is a top destination at the moment.
S Mag
4 months ago

Whether you're after Insta hits, family fun, queen-level pampering or animal encounters, this award-winning lodge in the Welgevonden reserve is for ...
S Mag
3 months ago

City slicker Jennifer Platt delights in the stillness — and unique accommodation — to be found at Naries Namakwa Retreat.
S Mag
4 months ago

From coastal weekends in the Cape, to bushveld escapes in the Lowveld, locals are spoiled for choice with holiday spots.
S Mag
6 months ago
Next Article