‘You want to be loved but dololo reception’: Actress Zola Nombona asks for relationship advice 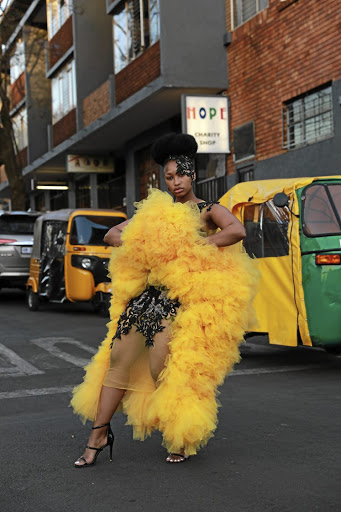 Actress Zola Nombona is asking for some relationship advise.

The actress took many by surprise when she took to Twitter to ask for some relationship advice.

Without giving much detail to the reason behind her seeking advice, Nombona asked her followers what she should do “if you communicate how you want to be loved but dololo reception?”

While it was unclear what she meant by not “being loved how she wanted”, Nombona’s industry friends such as actress and DJ, Thuli Phongolo, went straight in with her advice telling the Generation Legacy actress “to remove herself from the equation”.

Although she did not indicate whether or not the question was for her relationship or someone else, Nombona followed her tweet with another one where she alluded she was going to "conquer" whatever issues she might be facing.

So what happens if you communicate how you want to be loved but dololo reception?

As her fans and friends flooded her mentions with advice on what to do, the actress stated in her latest tweet how her son, Cebelihle, was the "best idea" she's ever had.

Cebelihle has to be the best idea I’ve ever had 😩😍

Even though Nombona hasn't spoken in detail about what she's going through, many of her followers gave her words of encouragement.

The reality TV star shared the happy news on her social media.
S Mag
2 months ago

Relebogile Mabotja re-lives the emotions she had during childbirth.
S Mag
4 months ago

It might be cold outside, but celebville sure is heating up!
S Mag
1 month ago

The American singer and her man A$AP Rocky have been longtime friends before they started dating.
S Mag
2 months ago
Next Article