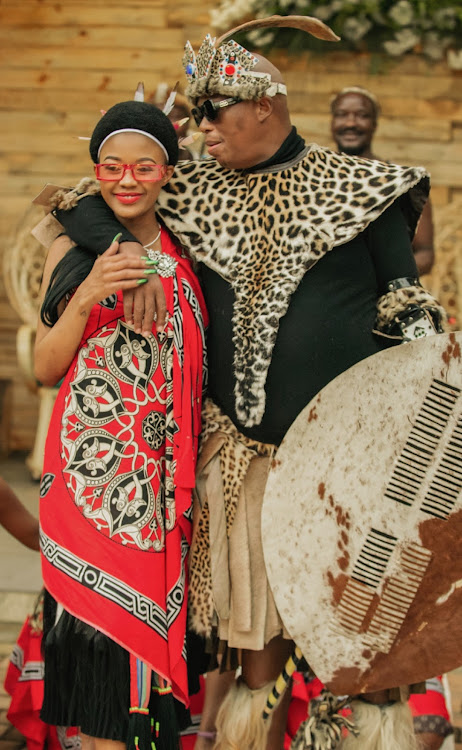 Fans of the popular gqom couple started streaming the three-part Showmax Original reality series at midnight last night which showcased Maphumulo's grand proposal to Simelane live on Gagasi FM in October last year, all the way through to their marriage counselling.

Viewers were also treated to an inside look at the superstars' lobola negotiations, pregnancy journey, surprise bridal shower and their African infused wedding in April 2021.

In the three-part series, Maphumulo can also be seen apologising for his abusive nature towards Simelane in the past.

The couple’s relationship hasn’t always been the “love lives here” narrative everyone thought it to be, which was highlighted in an incident involving gender-based violence that was widely circulated on social media.

On the show, fans can see how the initial lobola letter penned to Simelane’s family was rejected at the time of the abuse incident, however Maphumulo is shown making another attempt to apologise to the singer’s parents.

“I wanted to come in person and apologise for the many mistakes and for the big drama that hurt everyone, because I know that's the root of our misunderstandings,"he says.

Maphumulo also added a message to abusers saying, “I'd advise others to never do what I did because it's like an incurable disease.”

Here is what people had to say about the Babes and Mampintsha's reality series on Twitter:

I just finished watching #UthandoLodumo, That was all the feel good energy my soul needed given these hectic times! All the best in love @MampintshaNuz @BABESWODUMO, well done @ThomasGumede @lungile_radu & @ShowmaxOnline

Get yourself umuntu who gets you the way uBabes lo Mampintsha get each other, in their own special way #UthandoLodumo

A roundup of three things from the weekend.
S Mag
4 weeks ago

Nothing can stand in the way of this up and coming star's dream.
S Mag
1 month ago

A love of food led this self-taught cook from IT to being the It Girl on the culinary scene.
S Mag
1 month ago

We find out how the actor maintains his fitness and physique.
S Mag
1 month ago

Teko Modise on love, soccer and his secret talent

The soccer star sat in the hot seat and answered these fun questions.
S Mag
1 month ago
Next Article