Car review: Is the Toyota Urban Cruiser worth your bucks? 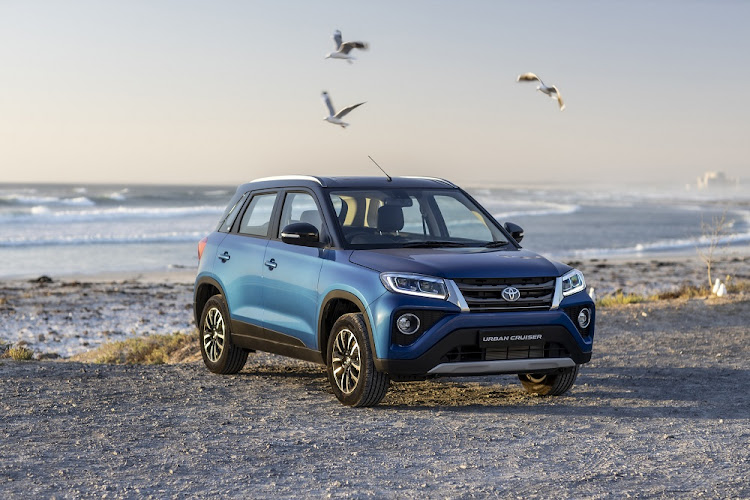 New name, who this? Thomas Falkiner takes us through the badge-engineering of the Toyota Urban Cruiser.

Wait, haven’t I seen this car somewhere before? #déjàvu

You have indeed. The Toyota Urban Cruiser is basically a rebadged Suzuki Vitara Brezza: a compact crossover that was launched a full month before the Toyota rolled into town. How can they do this, you ask? Well, it’s straightforward really — Toyota holds a stake in Suzuki, which means that it can simply rebrand vehicles like the Vitara Brezza and Baleno (aka Starlet) and sell them as their own. It’s called badge-engineering, kids, and it has been a thing in the automotive world for decades. Just go look at the Ferrari Enzo and Maserati MC12.

So what exactly is this motorised Xerox then, some kind of baby 4x4?

Nope, afraid not. The Toyota Urban Cruiser might pack all the right “off-roader” styling chops, but in reality, it is nothing more than a front-wheel-drive SUV with 192mm worth of ground clearance. It flatters to deceive. But this is perfectly excusable because Toyota, ahem, Suzuki, designed it to be a conqueror of urban environs: a slayer of speed humps, roundabouts, potholes, and – of course – the occasional dirt road. And, after spending a week behind the wheel of one, I’ve got to say that the Urban Cruiser performs this role down to the proverbial T. The ride is well insulated and supple and its controls are light and easy to use. While all-around visibility is excellent, the elevated seating position allows you to see through and across traffic — a real boon when your watch hits rush hour o’clock. Heck, it even handles pretty well for what it is. I pushed it hard through all my favourite backroads and found that the Urban Cruiser grips and changes direction with an enthusiasm seldom seen in cars of the ilk. For the average person’s daily transportation needs, it fits the bill perfectly.

Is there a good engine hiding under the stubby little bonnet?

There is. Pop it like it’s hot and you’ll be met by a little 1.5-litre four-cylinder petrol motor that twists out 77kW at 6 000rpm and 138Nm at 4 400rpm. True to Japanese form, this engine likes to rev and it does so in an acceptably smooth manner.

Thanks to the Urban Cruiser’s relatively low kerb weight (a claimed 1 130kg), performance is sprightly enough and you’ll have no issues keeping up with traffic either in the suburbs or out on the highway. I just wish Toyota had fitted a longer fifth-gear ratio to its manual transmission. At an indicated 130km/h you’re pulling a whisker over 4 000rpm, which is not ideal when it comes to tackling long road trips. Fuel economy? During a week of mixed driving conditions, I averaged 6.4l/100km.

Look past those disappointingly cheap looking — and feeling — interior plastics and you’ll find that the Urban Cruiser comes equipped with a fairly lavish raft of standard equipment. Highlights of the flagship XR model I had on the test include cruise control, a touchscreen infotainment system with Apple CarPlay and Android Auto integration, a chilled glovebox, seriously bright LED projector headlamps, automatic climate control and a colour reverse camera. There’s even a smart, leather, multifunction steering wheel and an adjustable centre armrest. The manually adjustable seats are comfortable and, despite the steering wheel only adjusting for tilt and not reach, I found it fairly easy to get into my preferred driving position.

So you’d recommend one, then?

I would. The Suzuki Brezza Vitara, upon which the Urban Cruiser is based, might be slightly more affordable but the Toyota offers a massive dealer national network for added peace of mind should something ever go wrong. Future resale value should also be better too. The flagship XR model also undercuts the range-topping Honda WR-V and is way better to drive too. Perky, well equipped, and capable, the Urban Cruiser is the perfect everyday runabout.

It's never easy to describe in words the exhilaration you experience when you get behind the wheel of such cars.
S Mag
1 week ago

REVIEW | 3 of the best entry-level cars on the market

If you are looking for new wheels, we take a look at three cars to suit the pockets of any first-time buyer.
S Mag
11 months ago

Before hitting the highway, you should make doubly sure that your car is as roadworthy as you are.
S Mag
5 months ago

Kabelo "Uncle Vinny" Ndlovu is definitely not your average uncle!
S Mag
1 week ago
Next Article