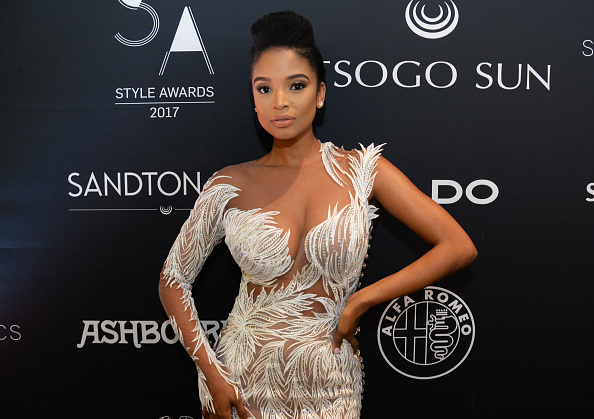 If you think she's all about looks and blazing things up with her stunning pictures on Instagram then you're wrong because TV personality Ayanada Thabathe plans to improve herself by going back to school.

Although she already has two qualifications to her name, the TV presenter plans to add another one that she might obtain at Henley Business School in SA.

With her intentions of upskilling herself, Ayanda took to social media and announced her admission into the renowned business school where she described the feeling as "every dreamgirl is ought to always make an effort to continually improve herself".

Officially now on her way to her third qualification, as the last one being an honours in Marketing, Ayanda explained her aim was "to merge the worlds of digital disruption and traditional marketing methods in a quantifiable manner".

The Celebrity Game Night captain added that her qualification at the business school will help her be able to "add the most value in her future endeavours."

Ayanda shared a screenshot of the letter of admission sent to her on Instagram.

Do you think this doll looks like Zozibini Tunzi?

Skhumba on his secret talent, what makes him laugh & the worst lie he's ever told

The comedian-turned-radio presenter answers some of our burning questions.
S Mag
1 year ago

The 25-year old DJ tells us why innovation in the world of music is important.
S Mag
1 year ago

J'Something announces the return of 'My Kitchen Rules'

With R1m up for grabs, do you think you have what it takes to win season 3 of 'My Kitchen Rules South Africa’?
S Mag
1 year ago

Reports state the actress has some new projects lined up and is thinking of leaving the telenovela.
S Mag
1 year ago

Zandile Ndhlovu's story to be shared globally.
S Mag
1 year ago
Next Article