Oprah on the best advice she’d give a suicidal person 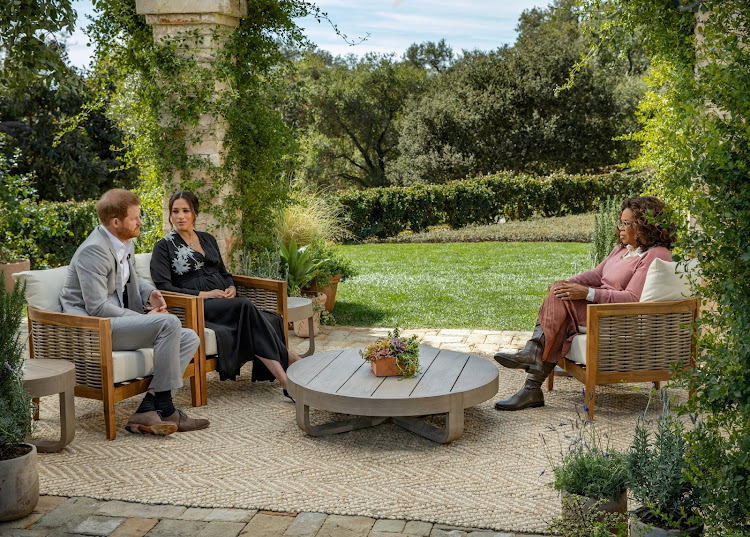 Prince Harry and Oprah Winfrey, pictured here with Meghan Markle, have opened up on mental health as they reflect on their hit series 'The Me You Can't See'.
Image: Harpo Productions/Joe Pugliese/Handout via Reuters

Prince Harry and Oprah Winfrey have shared the best piece of advice they would give to someone feeling suicidal as they reflected on their mental health series in a new follow-up episode.

Winfrey and the Duke of Sussex revisited their documentary about mental health with The Me You Can’t See: A Path Forward, which aired on Friday.

The episode, which took the form of a virtual town hall, reunited health experts and celebrities, athletes and others who spoke about their struggles with depression, schizophrenia and anxiety in the series.

The duke  and Winfrey opened up more on on the issue of mental health and reflected on the best piece of advice they’d give to a suicidal person, based on what they’ve learnt during the course of the show.

According to Daily Mail, it would be to tell the person they’re not alone and that “you’re there” for them.

Harry shared he was now “better equipped” to handle that type of situation, having previously revealed he was “somewhat ashamed” of how he handled his wife Meghan Markle’s struggles with suicidal thoughts.

Apple TV+ revealed that The Me You Can’t See brought a 25% increase in new viewers to the streaming platform.

The company said the series, in which Harry spoke at length about the trauma of his mother’s death, his concern for Meghan and the reaction by other members of the British royal family, saw a more than 40% increase in average weekend viewership in the UK last week

The Me You Can’t See was also widely watched in Canada, Australia, Germany, Brazil and other territories, Apple said.

The project marked Harry’s first foray into television production since he and Meghan quit their royal duties and moved to California in the US last year.

Prince Harry is still haunted by the trauma of losing his mother.
S Mag
1 year ago

Oprah's message to Thuso Mbedu will remind you that dreams can come true!
S Mag
1 year ago

Meghan Markle says some of the concerns and conversations from the royal house was about how "dark” her son Archie's skin might be.
S Mag
1 year ago
Next Article