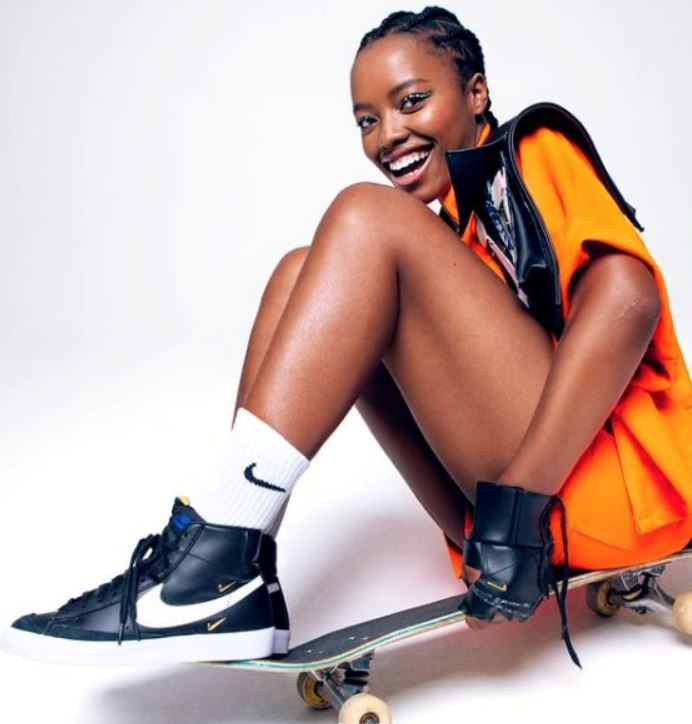 Mamelodi’s finest, Siyabulela Dlomo is making sure that the skating scene is not just a dreary old-boys’ club.

Goitsemodimo Melato swerves swiftly up a skateboarding ramp to perform a dangerous trick and roars with pride as he coolly lands on his feet.

Known as “Paul is a problem” in the South African skateboarding world, the 23-year-old skater has been consumed with the sport since he was 12 years old and is clearly passionate about putting township skateboarding on the map.

“I got my first skateboard from one of my friends in school as a birthday present and I have never stopped,” he says.

“I knew what I wanted to do with my life from a very young age. Even on career day in grade 7 I dressed up in my skateboarding gear and showed everyone what my future career would be,” he says.

The son of a teacher, his choice of career has admittedly disappointed his mother, who thought he would further his education. “It doesn’t sit well with my mom that I am not going to school. She supports it and knows how much I love it, so I know she won't take me away from it,” he says. 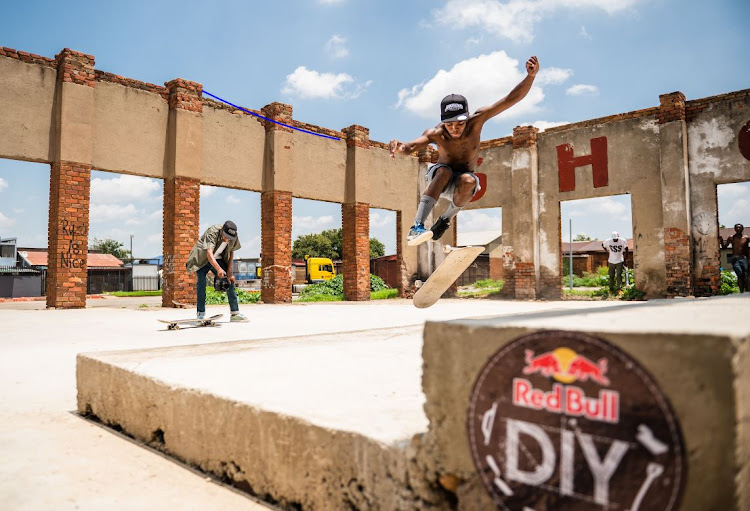 Goitsemodimo Melato opens up about his love for skateboarding.

Although skaters are sometimes portrayed as bad boys in popular culture, Melato says it has actually kept him away from getting involved with a bad crowd — but can still be dangerous physically.

“Living in the township is a completely different story to the Black kids who live in the suburbs. No-one in the township wants to understand skateboarding. They want to know why you’re doing something that is so dangerous and that can hurt you,” he says.

“This is mainly why we don’t have places to skate, there is not a lot of support because people don’t understand — especially the older generation.”

Although skateboarding is historically white and male-dominated, Melato says it has steadily been taken over by Black youth who have turned to it for physical and creative expression.

“The Black community has completely taken over. There are more Black skaters than other races, we have grown so much,” he beams.

Melato has taken part in a number of competitions, which usually take place in Johannesburg, Cape Town, and Durban.

“The more work you put in the luckier you are and can win competitions. There are also more brands these days that are more willing to support us and promote their brands using us so we can make money,” he said.

The young skateboarder has won a number of competitions, having started off winning small in Sebokeng before taking on national competitions.

“I started winning a little by little — first a skateboard and then some shoes and worked my way up [to money]. The more I did this I got recognition outside of my hood,” he says.

Melato has big plans for his future and says he wants to go into the business side of skateboarding as he gets older.

Meanwhile, female skaters such as Mamelodi’s finest, Siyabulela Dlomo, have made sure that the skating scene is not just a dreary old boys’ club.

The 18-year-old fell in love with skateboarding after a new friend showed her some moves in 2018.

“This boy moved into our location. He was a skater and I would watch him skate. One day I asked him to teach me and he ended up giving me his old skateboard,” she says.

Dlomo says skating has helped her with her confidence and ability to deal with difficult situations, although she has sometimes been criticised for being a female skater.

“I started seeing that if boys are not afraid of doing it then I shouldn’t be. Now I’m not afraid of a lot of things; I don’t care about what people think about me anymore” she says.

“The more I’ve improved, the more people have stopped talking about me. In the beginning, it wasn’t easy because it was hard to get a skateboard. I needed one especially for performing tricks and styles.”

It was her determination to practice every day that showed her family she is serious about the sport. They eventually bought her a new skateboard to show their support.

Although she has a supportive family, Dlomo decries the lack of resources in Mamelodi. She believes that this is mainly because of the lack of recognition that it is a legitimate sport.

“We skate on sports grounds and tennis courts and netball courts but they say we are ruining them,” she says.

“But I feel really welcome in the skateboarding industry because the boys want to see my progress. I used to play street soccer and the boys there didn’t make me feel comfortable.”

Dlomo, who just completed matric, is planning on becoming a world-renowned sports manager who helps other female athletes take centre stage in other male-dominated careers.

These three rappers are some of the most business-minded players in the music game.
S Mag
1 month ago

The face of vitiligo continues to be challenged in mainstream media as discourse about the rare skin takes centre stage.
S Mag
1 month ago

The designer gave us a sneak peek into his new collection.
S Mag
1 month ago

The Kings of The Weekend friendship is one to truly admire!
S Mag
1 month ago

Wednesday’s episode of Generations The Legacy is set to leave you on the edge of your couch as Vusi Kunene makes a thrilling exit.
S Mag
1 month ago
Next Article