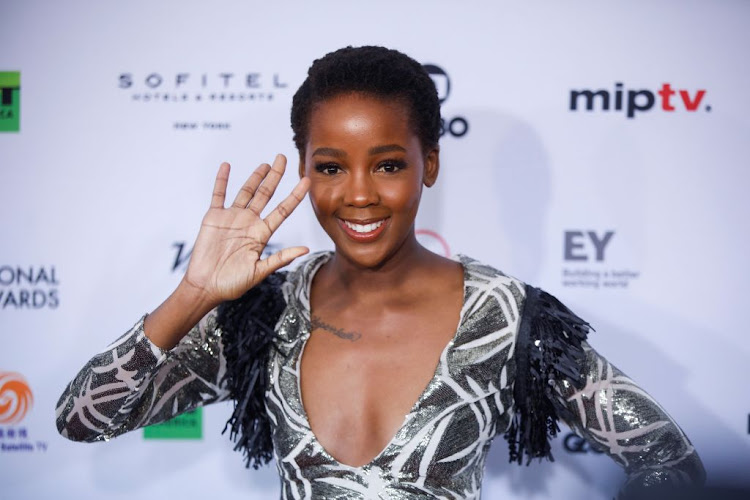 There can be no doubt that Thuso Mbedu is a force to be reckoned with. The two-time Emmy nominated actress, who was born and raised in the small town of Pelham in KwaZulu-Natal, has become the latest South African export to be the toast of Tinseltown.

Now LA-based, Mbedu has really been the embodiment of: "Your dreams are valid".

An alumni of boh Pietermaritzburg Girl's High School, and later Wits University where she studied physical theatre and performing arts management, Mbedu has come a long way in her acting career which started on the much-loved telenovela, Isibaya.

This year, she has really cemented herself as future acting royalty, announcing not only one, but two Hollywood pojects.

Here’s a timeline of the rising star's ascent to Hollywood.

2014: Mbedu first made her acting debut on the small screen in 2014 as a cast member on Isibaya playing the role Nosisa.

2015: A year later, the thespian took up the role of a wild journalism student called Kitso in the eTV drama series Scandal. She then landed a small role the same year on the teen drama, Snake Park 2.

2016: Mbedu later secured a spot on the cast of Is’thunzi, an Mzansi Magic production, which is considered as one of her most dynamic roles yet. She also scored a nomination for an Emmy in the Best Performance by an Actress category.

Although she didn’t bag the award, the nomination helped Mbedu mark her importance in the world of acting.

2017: From playing a memorable character by the name of Winnie, an ambitious lady with dreams of marrying a famous rugby player on Is’thunzi, Mbedu then played the role of Ipeleng on MTV’s youth education series Shuga in 2017.

2018: A year later, this trailblazer featured as Phiwe in the gripping new four-part drama, Side Dish.

2019: She later played a character by the name of Boni Khumalo in Saints and Sinners, appearing in Seasons 1 to 3 of the drama series.

2020: Having built a stellar body of work in SA, Mbedu embarked on her breakout role in Hollywood last year when she scored a leading role in the highly-anticipated upcoming Amazon Video limited series, The Underground Railroad.

As if her star couldn’t shine any brighter, SA was left in awe when we learnt the news that Mbedu is set to act alongside award-winning American actress Viola Davis in an upcoming historical epic, The Woman King, that’ll be directed by Love & Basketball director Gina Prince-Bythewood.

The film is about a general of the all-female military unit Nanisca played by Davis and her ambitious protégé.

We definitely can’t wait to watch this sensational thespian strut her impressive acting skills on this movie!

The Underground Railroad is set to premiere May 14.

Wednesday’s episode of Generations The Legacy is set to leave you on the edge of your couch as Vusi Kunene makes a thrilling exit.
S Mag
1 year ago

Just a couple of months to go till we get to watch Black Panther: Wakanda Forever.
S Mag
1 year ago
Next Article