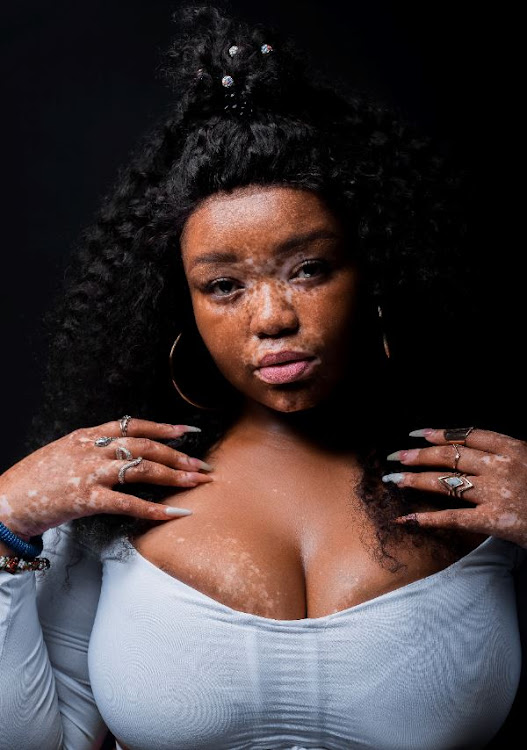 The face of vitiligo continues to be challenged in mainstream media as discourse about the rare skin takes centre stage.
Image: Cyril Zuma

For many people whose looks defy or challenge society’s ever-changing beauty norms, there is still a great deal of stigma and ignorance to contend with, and hopefully combat going forward.

One such instance is around vitiligo, the medical condition characterised by gradual and sporadic depigmentation of the skin on certain body parts, causing minor or major sections of one’s skin (or hair, or retina) to lose colour and appear comparatively pale or white. The condition affects an estimated 1% of the global population, and it can differ greatly in appearance from individual to individual.

While the cause and extent to which genetics play a role remain a mystery, nowadays it is thought that vitiligo is an autoimmune disorder where, for reasons unknown, the immune system attacks melanocytes, the cells responsible for producing melanin. In rare instances, vitiligo might be concurrent with other autoimmune syndromes such as hypothyroidism and anaemia.

Currently, there is no dermatologically proven “cure” to vitiligo, although people are experimenting with light therapy and other non-invasive interventions such as mandating extra sunblock precautions to compensate for the loss of melanin.

Michael Jackson famously had it and the Canadian supermodel Winnie Harlow has done a great deal to normalise it in mainstream media. Closer to home, multihyphenate creative and Sowetan-born influencer Boitumelo Rametsi has shared her experiences of living with vitiligo, aiming to raise awareness around the condition as well as to get people to look past the boxes and labels that essentialise us. 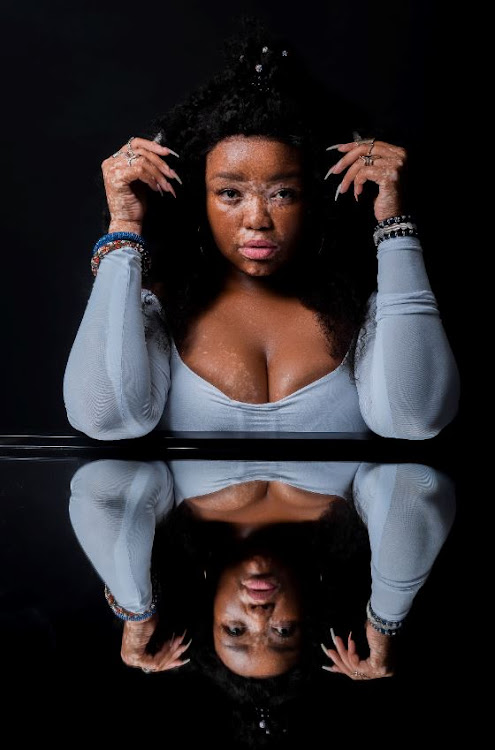 In addition to being a spokesperson for body positivity and vitiligo in South Africa, Rametsi has worked extensively in the media industry and as a model. She also founded B Glam SA, a makeup, photography, and lifestyle brand that operates on the principle that “What makes you different makes you beautiful.”

Like many people with vitiligo, Rametsi only registered that her skin was changing when she was 12: “The first spot was on my stomach, probably about the size of a coin, and then, as I grew, [the vitiligo] spread to other, private, areas like under my arms.” Initially, Rametsi was unbothered by these marginal alterations, but the situation became more daunting the first time she was intimate with a partner.

“It affected me emotionally because, how was I going to explain this to someone who was going to see all of me?” Rametsi recalls. “By God’s grace, I was with someone who loved and appreciated me, and who didn’t see this as strange or bad.”

Still, her confidence was shaken afresh when, in matric and first-year university, the vitiligo started appearing in spots on her face. “That’s how I transitioned into doing makeup,” she says. “It’s what a lot of doctors advised me to do. It’s the best solution they could offer, because vitiligo is incurable, and they wanted to recommend a quick fix to the problem.”

At the outset of her makeup enterprise, Rametsi was interested in cover-up cosmetics, invigorated by the artistry at play. Gradually, however, her personal feelings towards makeup altered. “I started shifting out of that space, that [conventional] narrative of what beauty is seen as,” she says.

“My decision to stop wearing makeup and to start using makeup to showcase and enhance beauty, rather than face-baking and contouring, came about when I realised that I was uncomfortable. I was moulding myself into something that didn’t make sense because it’s not who I am.”

With a strong social media following, Rametsi was reticent to be pigeonholed as “just” the South African face of the skin condition. “I’ve realised that, as human beings, we want to label and box things in ways that allow us to understand them, but I’ve decided to let that go; to identify as a philanthropist and seek the betterment of human beings in every form,” she says.

“People will always have something to say,” she says. “You need to have an awakening yourself so that you can proceed with an awareness of how the world should be treating you. Although, of course, you can’t control other people’s behaviour.” She also believes that brands have a responsibility to adapt and represent how perceptions are changing. “My work, my self-identity, isn’t just because I have vitiligo. Treat yourself the way you think people should be treating you. It’s all about honesty and transparency.”

These three rappers are some of the most business-minded players in the music game.
S Mag
8 months ago

Wednesday’s episode of Generations The Legacy is set to leave you on the edge of your couch as Vusi Kunene makes a thrilling exit.
S Mag
8 months ago

The Kings of The Weekend friendship is one to truly admire!
S Mag
8 months ago

Former Idols SA winner Yanga Sobetwa will be releasing her much anticipated single ‘Catch Me’ featuring Paxton.
S Mag
8 months ago
Next Article