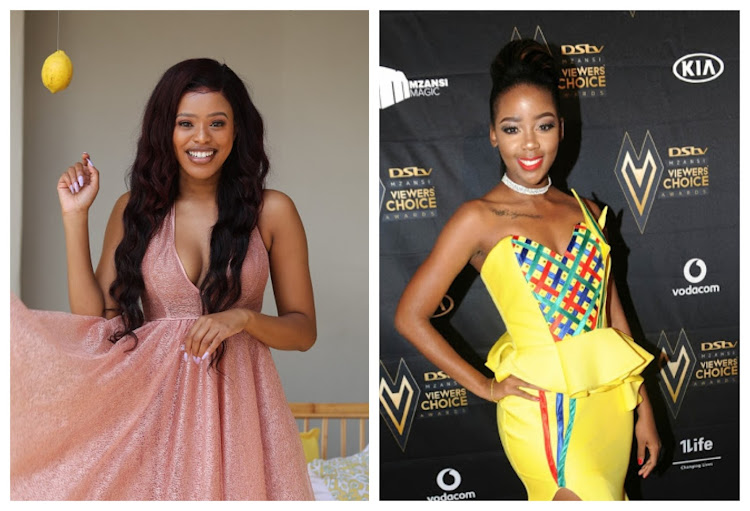 Actress and TV personality Natasha Thahane has congratulated US based SA-born actress Thuso Mbedu for bagging a role alongside American thespian Viola Davis in the upcoming movie, The Woman King.

The film is about a general of the all-female military unit Nanisca played by Davis and her ambitious protégé, Mbedu.

Thahane reacted to the news that Mbedu would be sharing the big screen with the award-winning US actress with the words, "You are the moment" in a touching post on Instagram.

The Blood & Water actress expressed how proud she was of her “ninja” and wished the two-time Emmy Award nominee many more abundant blessings in her Hollywood acting journey.

Feeling the love, the Underground Railroad actress took to Thahane’s comment section thanking her for her appreciation post.

With her dreams now coming to fruition, Mbedu shared on Twitter how appreciative she was for the love and support she consistently receives from South Africans.

She also exclaimed how humbled she was by people's words of encouragement and thanked them for believing in her.

So this happened.
Dreams do come true. pic.twitter.com/neJnBtuS5C

Your faves have come a long way...
S Mag
7 months ago

Here is happiness for your Monday blues!
S Mag
7 months ago

Steve Harvey shares his thought on the influence of Africa on the world, and his latest season of Family Feud SA.
S Mag
7 months ago

Here's a fun fact: Dr Rebecca Malope didn't start out as a gospel singer.
S Mag
7 months ago
Next Article