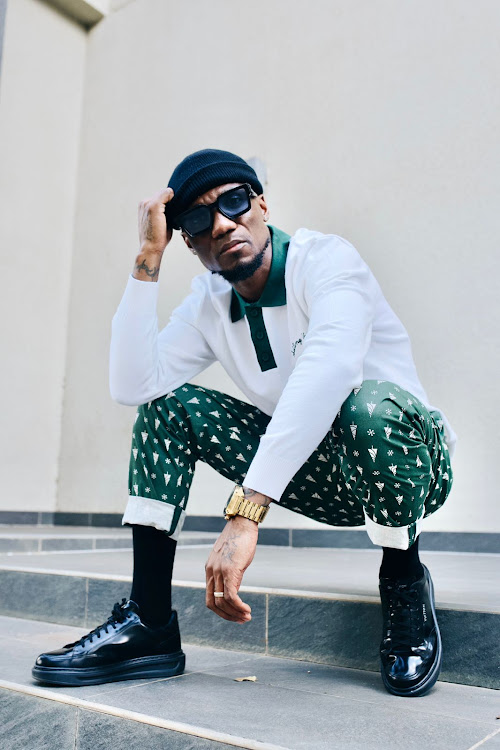 With male grooming now becoming an “honoured” art, former football star and sports analyst Teko Modise maintains his narrative that there should be no shame in men shaving hair they don’t want on their bodies as he believes is another way of self-love.

Having been a football player who often hid the fact that he groomed back in his soccer playing years, Modise opened up about the hurdles he had to overcome in order to appreciate loving himself even though society didn’t agree with how men should do certain things.

Being passionate about his looks, Modise has now partnered with BIC to launch its new Flex 2 shaver in SA.

“As men, we need to realise that we now live in a society whereby grooming is no longer taboo. Guys are now actually taking good care of themselves… they want to go the extra mile when it comes to how they look. Like, we always want to be camera-ready and that’s okay!”

Although it wasn’t quite popular for men to groom back in the day, Modise has noted the high increase in men paying attention to their looks and caring about themselves.

“Male grooming is something that’s always been there but was not emphasised as much as it is right now. There were certain types of men that would groom themselves but would do it very secretly but now every guy seems to be doing it… I mean, we all want to look good.

“And now that society is okay with men grooming, it’s no longer a woman thing to look good. Once a week, men need to groom, whether it’s their hair, beard or something else, men need to see the importance to groom.”

While finding the right blade to use on his facial skin seemed quite of a big task before, the 38-year-old expressed how satisfied he was to be a brand ambassador for a product that pays attention to such an integral part of male grooming.

“For me, as a guy, I always struggled with in-grown hair when I always shave my beard, so I’d use different brands and I was never satisfied with the results but when BIC approached me, I had the opportunity to try the product as well. The benefits of me trying, I was really impressed with how my skin felt after that. This is one product that gives you premium benefits but is also affordable.”

Dubbing himself as a “late bloomer”, Modise revealed that he started shaving at the age of 26 and was not a fan of facial hair. “That’s when I started seeing the hair I didn’t like because I’ve always wanted to look younger and didn’t want facial hair whatsoever,” Modise reflects on his soccer years.

“My career required for me to look good and because of that, that’s where I started paying attention to smaller details. Even though I wasn’t open about the fact that I’d do facials, I started grooming at a very young age.”

Standing firm on his narrative that men needed to adopt a healthy-looking lifestyle, Modise also shared his morning routine that he thinks could be beneficial to other men out there.

“I actually plan my day the night before. So, on the day that I’m not exercising or have anything else to do, I follow a morning routine that works for me which is:

Lasizwe gets real and personal with these true or false questions.
S Mag
1 year ago

Mel Bala has remained on top of her game for over two decades and continues to inspire, while keeping us on our toes with her yummy mummy act. We ...
S Mag
1 year ago

We answer all your burning questions in a game of "True or False?"
S Mag
1 year ago
Next Article