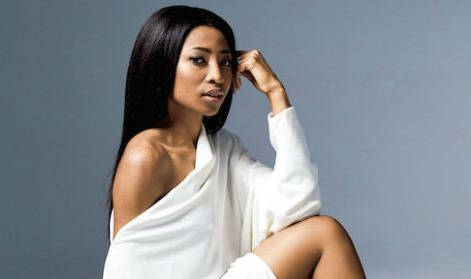 Since filing a protection order at the Randburg Magistrate’s Court against her estranged husband Nkosinathi “DJ Black Coffee” Maphumulo, actress Enhle Mbali Mlotshwa has broken her silence on the alleged abuse she suffered during her marriage with the internationally renowned DJ.

In an official statement provided by the actress, Mlotshwa accuses Maphumulo of "gaslighting, emotional, verbal, physical and financial abuse".

"In the ongoing matter between myself and my estranged husband, Nkosinathi Maphumulo I would like to break my silence. I feel it is paramount for me to not only defend myself against the misrepresentation and counter-accusations being made but to also put an end to the cycle of abuse that I have continued to face at his commission."

In the statement, Mlotshwa states how she had hoped for an amicable way to resolve the challenges within her marriage and limit the effects on her children.

The actress wants the DJ to transfer into her name, at no costs to herself, a residential dwelling of her choice with a value of no less than R13m
News
1 year ago

Mlotshwa goes on to say that: "The extent of the turmoil I experienced in the marriage as a result of the abuse and the extramarital affairs were so severe that I was admitted into a facility and was treated for depression."

"I am no longer fearful, and it is with this renewed sense of self that I wish to recount the numerous incidents on which he has beaten, berated, rendered me broken and unworthy," reads parts of the statement.

The Rockville actress listed several alleged incidents, which included one after a Music is King event in 2019, and more recently at her recent 33rd birthday celebration.In 2014 at their previous residence, he struck her several times in their bedroom.

Mlotshwa also alleged in her lengthy statement that since the beginning of their divorce proceedings, Maphumulo had continually used intimidation and financial muscle in an attempt to silence her.

"I stand firm in my assertions, I would never exploit domestic violence and waste the courts' time for my own benefit. It is my sole wish to ensure that by me speaking out about my experience amongst so many other voices that a more determined and unbiased approach to the resolution of the scourge of gender-based violence is adopted and implemented."

With his name hogging the headlines most of yesterday, Maphumulo shared series of tweets where he denied the allegations made by his estranged wife.

“In the name of respect and dignity for my family and my children, I’ve been quiet but now I feel a need to speak. GBV (gender-based violence) is a major issue in our country, every day we read about horrendous crimes committed by men against women and children."

Maphumulo went on to claim that he had never assaulted Mlotshwa who he regards as the mother of his children.

The DJ's tweets come after the couple's lawyers appeared before the magistrate’s court on Monday, April 13 to argue whether a protection order against Maphumulo should be made final or withdrawn.

Enhle Mbali opens up about learning to live her life according to her own terms.
S Mag
1 year ago

"I joined later in its conception but I learnt so much. What a crazy ride," Enhle said.
S Mag
1 year ago
Next Article