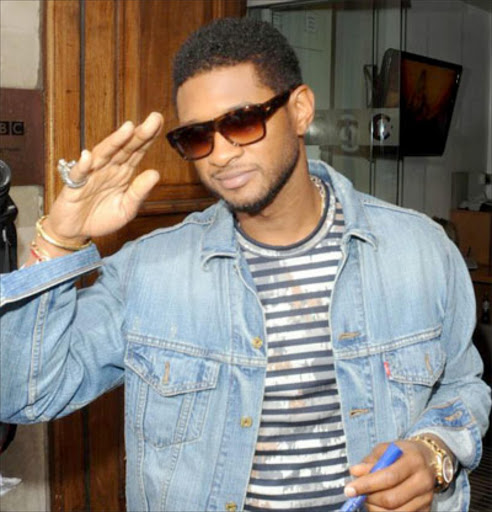 If you're wondering which African song American singer Usher Raymond is vibing with at the moment, well, wonder no more as Sponono by DJ Maphorisa and Kabza De Small is the jam that's got the global icon dancing off his feet.

Usher took many of his fans and Instagram followers by surprise when he posted his behind-the-scene video with L'Officiel Hommes Italia magazine where he was seen dancing to the song that also features African giants WizKid, Burna Boy and our very own Cassper Nyovest.

Like a "Fela in Versace", Usher served some killa moves, which we suspect were his attempt at Amapiano dancing. But no matter how slightly out of tune his breakdancing was from the beat, his followers gave him an impressive "A" for effort.

Usher is not the first American musician to show his love and adoration for African music. Earlier this month, American producer and legend, Sean "Diddy" Combs showed us his moves when he jammed to Focalistic's well-known hit, Ke Star.

Diddy shared a video on his Instagram stories of himself and his crew dancing to Pitori Maradona's 2019 hit. He declared the hit the best "get up and go" morning song for him.

Cristiano Ronaldo posted a video of his family celebrating, with Jerusalema playing in the background.
S Mag
1 year ago

Master KG on how he celebrates his achievements, advice for aspiring artists and future plans

The hitmaker of the year, Master KG, reflects on his global success.
S Mag
1 year ago

Through his hard work, determination and perseverance, Zakes Bantwini has managed to establish himself not only within the South African music ...
S Mag
1 year ago

Here are the 3 things that remind us of the legendary singer.
S Mag
1 year ago
Next Article