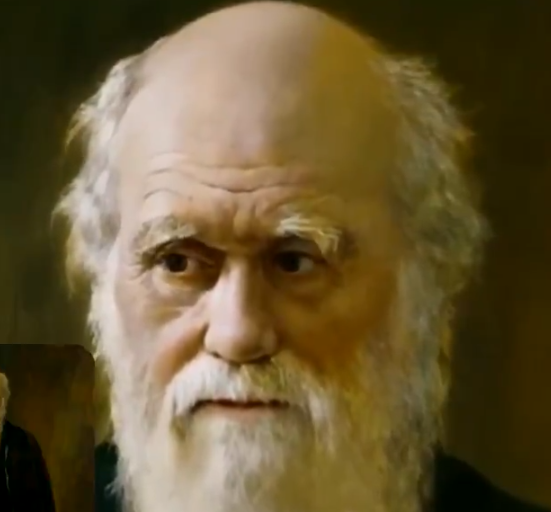 A painted portrait of Charles Darwin, best known for his contributions to the science of evolution, was animated using Deep Nostalgia.
Image: Twitter/ Esther Willemsen

If you’ve wanted to bring old pictures of yourself or family members “back to life”, look no further than the new artificial intelligence tool Deep Nostalgia.

The animation tool launched by the genealogy service MyHeritage in February allows users to upload still pictures and animate them into “realistic” video footage.

On its website, MyHeritage said the gestures used to create movement in still pictures are real human gestures.

“The gestures in the driver videos used to create the animation sequences are real human gestures and the actors in most of these blueprint videos are employees of MyHeritage.

“However, the end result is not authentic but rather a technological stimulation of how the person in your photo would have moved and looked if they were captured on video,” it said.

Users can also animate different faces in a single photo by clicking on the face the user wants animated.

Twitter users have used the tool to animate pictures of meteorologist, mathematician, and biologist Gregor Mendel, naturalist Charles Darwin and actor Nicolas Cage among other famous people. Others used it to animate their old family pictures.

So I ran a film still of Nicolas Cage through MyHeritage's Deep Nostalgia thing. pic.twitter.com/y0kq0MtLIp

Gregor Mendel, reanimated by running him through the Deep Nostalgia algorithm. Would definitely have a beer in the abbey with him. https://t.co/woiL6zhgcK pic.twitter.com/gE7UQwHGQc

Using it on one other photo of Queen Liliʻuokalani I've colorized. #DeepNostalgia pic.twitter.com/xUVqw2H8YM

Used it to animate this picture of DOUALA MANGA BELL, king and resistance leader in Cameroon.

Who would you like to bring back to life? pic.twitter.com/bpuhF5eZ9e

The privacy issues around FaceApp haven’t stopped more and more A-listers from using the photo filtering app to get a sneak peek at their future ...
S Mag
1 year ago
Next Article