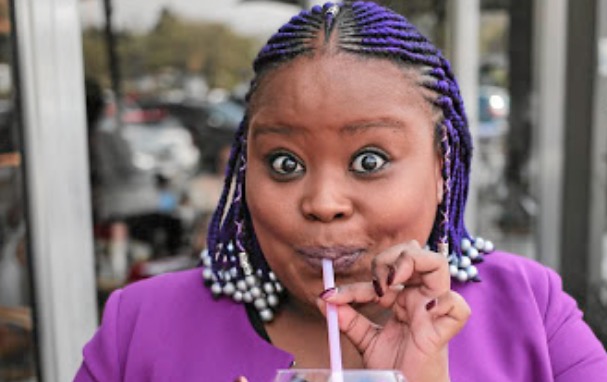 Satirist Coconut Kelz has poked fun at the Love Island SA saga, saying the show had a lack of diversity because “black people can't swim”.

This week, the South African spin-off version of the popular British dating reality show came under fire after it debuted on M-Net on Sunday night.

The show got off to a rocky start as many pointed out that the cast had only two black people and one coloured man in a pool of white people.

It shot straight to the trending list with social media users calling it Love Island Orania.

“You guys are saying the country is 80% black but if you look carefully, the show was shot in Stellenbosch and that's 80% white ... maybe black people didn't apply,” she said.

“Also they can't swim so maybe they don't want to be stuck on an island, even though the island is the Winelands,” she added.

Kelz joked that the production chose the best candidates for the show, unlike Eskom and SAA.

“This is not like Eskom or SAA, there is no BEEE here,” she said. “M-Net is an English channel for English speakers.”

This show looks like my friendship group so where’s the racism? #LoveIslandSA pic.twitter.com/MLEFtDpvBL

DStv issued an apology acknowledging the backlash aimed at the show, saying it prides itself on “reflecting diversity and inclusion for all our shows”.

“We pride ourselves in reflecting diversity and inclusion for all our shows, including Love Island. The many channels and thousands of programme hours we produce are testament to this. Viewers can be assured that this will become more apparent in future episodes of Love Island SA. We hope viewers will keep watching to enjoy the new stars of the show who will be arriving over the next few days,” said DStv spokesperson, Sbu Mpungose.

M-Net also apologised, saying, “You called us out on the lack of diversity and production quality in our first episode of Love Island SA. We're sorry — we didn't meet our usual standard on both counts. We are working tirelessly to fix things.”

The main sponsor of the show, Lotto Star, announced that it had withdrawn its sponsorship.