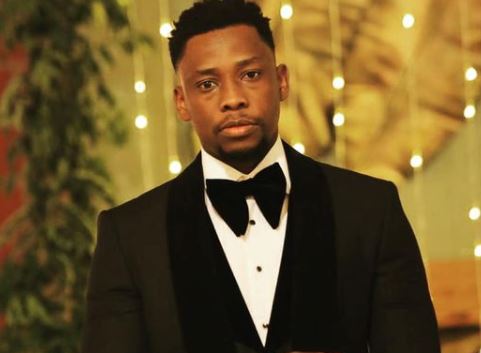 He's known for his dynamic body of work on the small screen, but award-winning actor Wiseman Mncube has revealed how entering into the music space wasn't part of his plans.

In an interview with TshisaLIVE, Wiseman explained that though he never planned to do music, the gqom song he did with Vukani Khoza called Pick & Choose made him realise that he actually cuts it as a musician.

“To be honest, I never saw myself as a singer or doing anything music related but uVukani called me and asked me and said, 'Hey, I've got this beat, I need you on it' but I was like 'I don't sing, this person is playing around with me'.

“But then he told me relax, let's meet up and you'll see. And then we met, I sang and at first I didn't take it seriously because I am one person who likes to joke a lot — I was like I'm just going to kid around. But I am always trying things out.”

Wiseman explained that when they got to the studio, he was briefed on what the beats and what to do and he then began to sing.

“I gave it a try to it turned out great. I was like, 'Oh wow, this is actually a nice track.'"

The gqom song was released in November and has been doing the most on the socials.

With life under the new normal of doing things, the winner of a Golden Horn Award for Best Actor in a TV Drama painted a picture as to how life was as an actor during the pandemic.

“As the cast we had to adjust to shooting under the restrictions of the pandemic, we had to implement social distancing, we had masks on and all of that was quite hectic to get used to at first.

“You can't express yourself as much as you want, you can't touch each other and you can't be romantic in some scenes — even kissing is a no-go. So directors had to change a lot of the script for as little physical contact as possible which kinda limited us as performers.”

He also revealed how he was diagnosed with Covid-19 shortly after their shooting break.

“I contracted the virus in November last year and luckily we had just closed production and done shooting. I wasn't aware I had the virus, finding out only when I was asked to produce my Covid-19 test results ahead of my eye surgery.

“Though I told my ophthalmologist that I felt fine, he insisted that I get tested and that's how I found out. I was scared because people were dying but I had to do what needs to be done, I quarantined and drank every vitamin I had to get back to full health.”