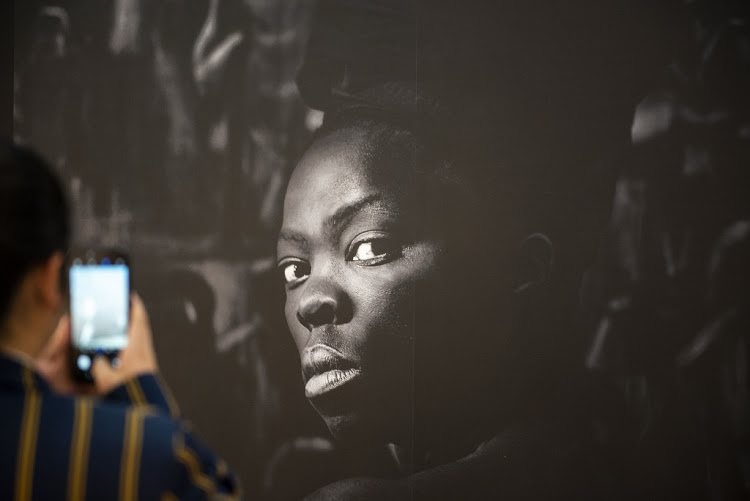 Sometimes art and activism come together in the perfect combination. If you’re not convinced, look no further than activist and artist Zanele Muholi.

So successful has Muholi been in their (Muholi prefers the pronouns they/them) ambition to tell the stories of black LGBTQIA+ people in South Africa that a selection of 260 of their photographs have gone on show at the Tate Modern in London. This is the first major UK survey of the artist’s work.

Included in the exhibition are works from Muholi’s entire career – from their first body of work, Only Half the Picture, from the early 2000s, to their on-going series, Somnyama Ngonyama.

For any artist to be recognised and exhibited in the world-renowned Tate Modern is a feat of achievement. “I have a feeling of immense pride,” says Muholi. “It certainly is definitive, but what I’m most excited about is the way this will open doors for other Black LGBTQIA+ people who have been excluded from spaces like these and the art historical canon they represent. I hope that it becomes commonplace instead of novel for people like us to occupy spaces such as Tate.”

The curators of the exhibition did extensive research on Muholi’s work and, together with the artist, made a selection that combines well-known works with a critical footprint as well as other works that may be unfamiliar to the broader audience.

The exhibition will also include contextual media, including video testimonies in which the participants from the Faces and Phases series share their life stories in their own words.

“With the help of organisations like GALA we are also sharing material about the history of LGBTQIA+ rights in South Africa. And then, going into my personal archives, I also share material from moments that shaped my thinking as an activist,” Muholi says.

For Muholi, this is an extension of the work they have been doing in making vulnerable and disenfranchised voices heard. When asked why they chose art as their vessel for activism, Muholi says it’s a way to correct the wrongs of the past.

“Because Black LGBTQIA+ people have been so erased, it is political, redemptive, and corrective to have our likenesses added to visual history. It is a way of practically addressing the physical and psychological violence of the past and making sure that we are counted.”