After a musical hiatus, T.I is back with his latest album

T.I on his return and running Atlanta 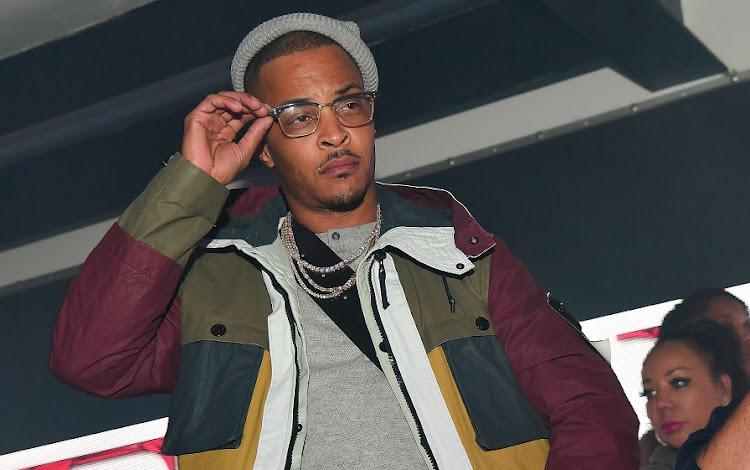 Controversial rapper T.I once said: “Adversity builds character, and character takes you places money can’t,” and throughout his two-decades long career, he has proven to live by this philosophy.

Despite growing up on the rough streets of Center Hill, Atlanta, run-ins with the law, and controversies around his family, the multitalented artist has managed to stay on top of his game.

Over the course of his career he has added a slew of achievements including record label owner, author and founder of the Trap Music Museum. Last week, the three-times Grammy award winner dropped his 11th album, The L.I. B. R. A (The Legend Is Back Running Atlanta), a star-studded 20-track affair that features heavyweights such as John Legend, Snoop Dogg, 21 Savage, and Jadakiss.

Speaking to Sowetan S Mag from his Atlanta studios, the rapper said that one of the biggest changes to his creative process while making this album was that he felt no pressure.

The tracks were a culmination of work he had been casually recording over the past couple of years – with no plans to release an album. “I was just recording at my own convenience. A lot of it was done over time. I come to the studio and just record every day as a force of habit.”

Nasty C's international trajectory could not be stopped by the Covid-19 pandemic.
Entertainment
1 year ago

In typical T.I fashion, the album is a mixture of bolshie raps that include self-hyping lyrics, social commentary on racism and bigotry, as well as inspirational tracks including the catchy We Did Big.

One of the tracks, Family Connect, features his son Domani. “There was absolutely no parenting in the artistry. When you go [into the studio] it’s every man for himself.” The father of seven said he wholly trusts his son’s musical prowess. “I could close my eyes, give him something, and know it’s going to be done right. That’s not because of me, that’s because of his own standard and integrity for his art.”

The album’s final track, Deyjah’s Conclusion (penned by his daughter Deyjah) features the words, “The blacker the berry, the louder the spirit,” as part of the two-minute-long spoken word track. “I believe she was saying black people have the loudest spirit, which I tend to agree with ... loudest, most impactful ... don’t get me started! I think her message was poignant and clear.”

The album cover features intricate artwork that T.I says was inspired by the “beauty, strength, resilience and unique qualities of all types of women of colour, all while depicting the imagery that relates to the symbolism of Libras”.

In a year that has challenged many, the Takers actor’s biggest lesson has been the importance of keeping things simple. “Don’t sweat the small s**t. I think a lot of things have been put into perspective. The universe is showing us that the thing that is most important is family .. and health.”

Last month, he celebrated his 40th birthday; something he says has seen him become less tolerant of bulls**t. So does life begin at 40? “Hmmm .. that’s a tough question .. give me about six months of this 40 thing, and then I’ll probably have an answer. But what I’d like to say is: there are two choices – getting old, or dying young, and I’m happy to be here.”