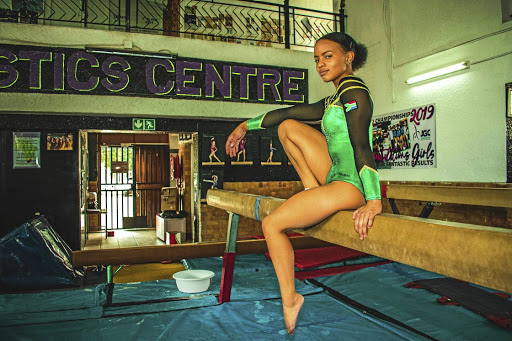 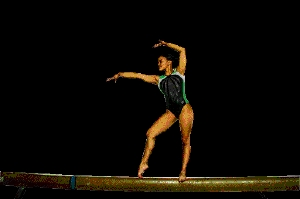 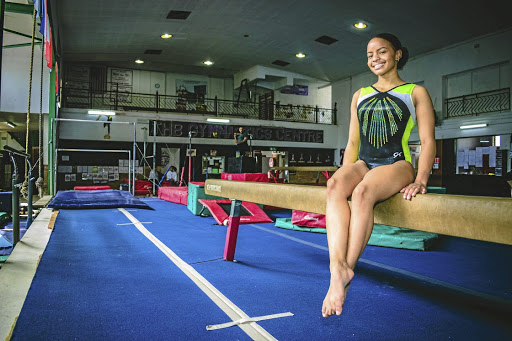 At just 18 years old, Caitlin Rooskrantz is no stranger to making history, and this Sunday will be no different.

The gymnast will set an example of how fulfilling one's dreams does not have to end despite some of the setbacks brought on by the coronavirus pandemic.

On Sunday, Rooskrantz will keep her date with destiny when she performs Olympic routine during a live streaming event on the exact day she would have performed at the Olympic Games in Tokyo. The young athlete was set to have been the first artistic gymnast to represent SA at the Olympics in 15 years.

"I don't think I've given up on anything in my life," says Rooskrantz.

"I've always tried to find another way through and after months of intense training in preparation for the Olympics, having the opportunity to still be able to perform my routine for South Africa in this way is incredibly exciting."

The performance has been made possible by Sanlam, who will be streaming the momentous event.

"We're only too happy to be supporting Caitlin in still reaching her goals - albeit in a different way," says Sanlam's chief executive for the brand, Sydney Mbhele.

The SA Gymnastics Federation is celebrating the gold medal won by Olympic hopeful Caitlin Rooskrantz at the weekend.
Sport
1 year ago

Tshepang Mamabolo (16) from Orchards in the north of Pretoria is a trampoline gymnast who won his first international medal during the 27th ...
SebenzaLIVE
10 months ago

Reaching the Olympics has been the culmination of years of hard work by the young athlete who got into the sport at six years old.

Despite several injury setbacks, Rooskrantz made history last September when she won the country's first international gold medal at a World Cup.

"It's really important to have a goal and clear steps on how you aim on achieving this goal."

To aspirant gymnasts, she says: "It's also important to remember that you have to make the most of your youth and that sacrifice is a part of reaching your goal."

Rooskranz says although she was "extremely disappointed" on hearing about the Games being postponed, she is looking forward to performing for her country, albeit on a different platform.

"A big part of what I wanted to achieve by attending the Olympics was making my family and my country proud," she says.

Despite the change of plans, Roonskranz remains positive.

Her sights are now set on improving on her routine for the Games that will now be held in 2021.

The live stream of Caitlin's performance will be this Sunday, 10am, at www.nowisthetimetoplan.co.za