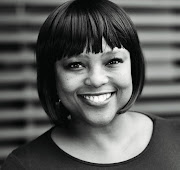 I’ve probably written five different versions of this ed’s letter. The pressure to “say something” in light of the renewed cry that #BlackLivesMatter weighed down on me. Like many other young, black people, I feel a heavy burden to join in whenever the societal performance of viral hashtags, social-media posts, and “insightful” conversations denouncing racism come around again. But that’s not why I started out putting this edition together.

Despite Youth Month having been born from racial injustices, this edition was, and is, meant to be celebratory. A celebration of the present and what’s to come — a collection of some of the brightest minds in our community.

Even those who have worked on the different elements — from the graphic designer who did the beautiful cover artwork, the writers, and layout designers — over 70% of us are part of the next generation that is set to amp things up.

During my chat with our cover star Natasha Thahane, one thing she kept repeating, almost as if it was a mantra, were four simple words: your dreams are valid. So take a moment to say that to yourself: out loud, in your mind, whatever.  “My dreams are valid.”

Use the arrows to page through the e-zine below. Select the 'fullscreen' option (bottom right) to enlarge.

While we are reminded this month of those whose dreams were cut short, their blood mercilessly spilt on the streets of Soweto (and other parts of the country), take the time to see yourself in the eyes and stories of the people we have featured. Young people who face challenges the world continues to throw at them, but who are walking proof that we are here, and we matter.

Choosing not talk about the racial injustices happening in the US right now does not mean I care any less.  Prejudices are an ever-present shadow in our daily existence. But what we have to say, and what we can do is so much more.

Pain does not have to be our story, although it forms our history. So dive into the edition with us, and take it all in: the trends, the aspirations, the stories of success. This year, we celebrate Youth Month by looking forward, because I tell you: we are ready to take up space — and we are coming for everything.