Jamie Foxx, Tinashe & other celebs march in support of #BlackLivesMatter 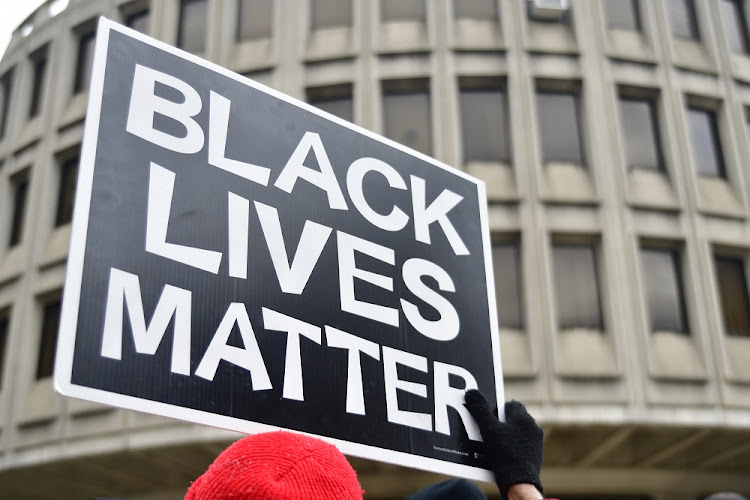 The United States, and many other parts of the world, have been in a state of much unrest as many civilians protest against racism and police brutality after the brutal killing of George Floyd.

The circulating video, where a police officer is seen kneeling on Floyd’s neck, caused global outrage and sparked the Black Lives Matter demonstrations throughout the US and most of the world. Many people, both young and old, have taken to the streets to fight for an end to racial attacks and the killing of black people by law enforcement officers.

While many celebs expressed their outrage and raised awareness on social media by joining in on various campaigns including #BlackOutTuesday, many others took to the streets to march alongside activists and civilians.

Today was dope‼️ too many people to @ that came out, energy was so positive and high! #blacklivesmatter @BlackRidesForBlackLives ✊🏾🚲 🚲 🚲 🚲 ✊🏾

Singer and songwriter Trey Songz took to the streets to cycle for change with an organization called Black Rides for Black Lives, which aims to unite people to ride and fight together until justice is realized.

Actress and singer Tessa Thompson attended a protest in Los Angeles, which she said was completely peaceful until police officers arrived. She has continued to encourage her fans on social media to protest peacefully for social justice.

Passing it along. Having my kids with me at the protest was bitter sweet. Having them watch the world come together was beautiful… But having to explain to them why we were all there was heartbreaking... let’s change the world so they don’t have to live in it the way we have been... #justiceforgeorgefloyd #blacklivesmatter #swipeleft

Actor and comedian Jamie Foxx also joined many Americans in fighting for social change. The star, who attended the march with his children, expressed how bitter-sweet it was to protest alongside them and have them watch the world fall apart only for it to come together.

Actor and rapper Nick Cannon also attended a protest in Times Sqaure, New York City where he was among the people who took the microphone and addressed the determined crowd. In his talk, he urged people to not only focus on themselves while turning a blind eye on the needs of humanity.

Watch all of this. pic.twitter.com/YHq0QhXrnw

Keke Palmer was also among those who actively participated in the fight for a better society. The star, even stopping to urge National Guard members to march with the community in the Black Lives Matter protests.

Actor John Boyega went out to show his support as he attended an anti-racism demonstration in London where he gave a passionate address, reminding the masses that black lives have always mattered.

Singer and actress Tinashe also took to the streets in peaceful demonstration. She urged her social media followers to be bold and loud as she shared what she experienced at the march. The star highlighted that the solidarity she witnessed during the protest was beautiful to see, as well as how the march is one of the most inspirational movements she has ever been a part of.

Real Housewives of Atlanta star, Porsha Williams, joined protests in her city where she addressed the crowd, expressing how tired her soul is and how the killing of innocent black lives needs to stop. She shared images and videos of the event on social media in an effort to encourage her followers to stand up and be agents of change.

Thando Thabethe, Cassper Nyovest & Beyoncé: see what some of your fave celebs got up to this weekend

Your weekly guide to what your favourite celebs got up to over the weekend.
S Mag
1 year ago

This year, Zakes Bantwini’s birthday came with extra cause for celebration.
S Mag
1 year ago
Next Article