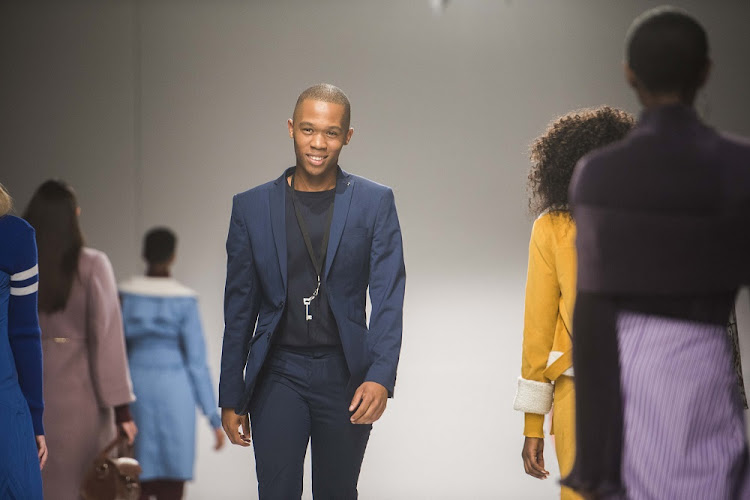 The fashion world, and Mzansi in general, cannot get enough of SA fashion designer Thebe Magugu. His latest conquest is a feature in Vogue May, where he was interviewed by renowned fashion writer Chioma Nnadi.

Here are five facts that you may not have known about the superstar designer.

In the May issue of @voguemagazine , I spoke to Chioma Nnadi about my home town Kimberley and how it played into “Ipopeng Ext.”, our first presentation during Paris Fashion Week - among other things. Read more in our stories. Petrol Green Jacquard Suit & Bone Crepe Blouse from SS20’S Prosopography Collection, inspired by the incredible women of The Black Sash. Portrait by @aartverrips_official Thank you @nnadibynature & @markholgatenyc x

1. His collection was inspired by a women-led human rights movement

In his collection, Magugu hails the tremendous and often unseen work of the Black Sash. The Black Sash is a group of women who advocate for the social equality and justice in South Africa, and have been active for 60 years.

He wrote on Instagram: “When people think of South Africa’s history and its heroes, it’s all too often the men who come to mind. The Black Sash is a phenomenal group of women, who put themselves in a direct line of danger protecting POC [people of colour] during our country’s dark past.”

Magugu often speaks of how he grew up being surrounded by strong female women and that they influence his designs.

2. He won his first fashion award at Lisof

Not a stranger to winning coveted awards, Magugu’s first fashion win was for his third-year fashion collection at Lisof School of Fashion and Design. This same award was also won by Uniform creative director Luke Radloff.

3. He used microchips in his garments

Magugu has used communication chips in the labels of the garments of his latest collection, titled Prosopography SS20.

When the clothing label is tapped with a smart phone using the Verisium app, the research and the inspiration behind the designer’s collection will appear on the phone.

Magugu’s latest collection was inspired by a journal where he would write his nightmares when he was a young boy. The graphic descriptions of his nightmare were translated into elegant, ready-to-wear pieces.

5. He was inspired by Fashion TV

Magugu did not grow up underneath his mother’s sewing machine, but rather in front of the television. The designer’s first fashion experience was from Fashion TV. His mother encouraged him to sketch his own designs, and from there, the only was up.

From meeting the French president to unveiling his latest collection, the young Kimberley-born designer has had a surreal week
S Mag
2 years ago

Thanks to digital media the 2010s saw some unorthodox cultural spin-offs that produced some unlikely superstars.
Entertainment
2 years ago
Next Article