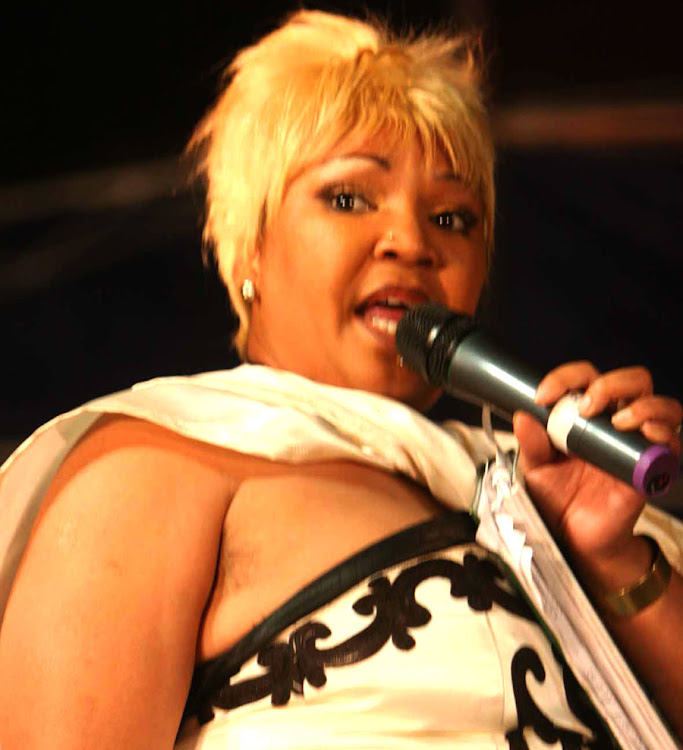 Known to her fans as "V-Mash", actress and TV presenter, Vinolia Mashego, captivated the hearts of many throughout her career.

Famed for her big personality and blonde hairdo, Mashego served as the reason why many South Africans tuned in to SABC 1’s famous variety show Jam Alley.

News of her passing has sent shock waves across the country.  The entertainer is reported to have passed away in her sleep. The icon will be missed for her enthusiasm, bubbly character as well as her catchphrases like "Iyo bangani, iyo! ".

In celebration of her life and the impact she has made, , here are five things you might not know have known about the star.

1. Her father was also on television

Mashego’s father, Collin Mashego, was known for his show Lapologa in the early 1980’s. V-Mash's career was proof that the apple does not fall too far from the tree as she followed in her father's silver-screen footsteps.

2. She made her acting debut as a sassy executive

Mashego was part of the original cast of the popular SABC 1 soapie, Generations. She played the role of advertising executive, Hilda Letlalo . Since then, the star has also acted in various other soapies including Muvhango and Isibaya.

3. Her son did not know she was a public figure until he turned 12

Vinolia’s son, Oratile, is said to not have know that his mother was a public figure until he was 12 years old. The TV presenter and actress is believed to have deliberately kept it away from him in order to protect him. According to reports, for most of his childhood, Oratile did not like going out with his mother, due to the attention it garnered.

4. She was making her TV comeback

Despite a tumultuous career leading to public axings from popular television shows, Mashego was on her way to owning our TV screens again.  The 56-year-old was currently hosting Moja Love show Bheka Sik'bambile and recently also enjoyed a role on SABC 2's popular series, Giyani: Land of Blood.

5. She once featured on the documentary series “I had it all”

The star was once the subject of one of the episodes of SABC 2’s documentary “I had it all”. The episode was aired in October 2013, where she spoke openly about her rise and fall in the entertainment industry—ranging from being a top TV personality to having to make ends meet after losing it all.

In celebration of a life well lived, here are seven things you might not have known about Kobe Bryant.
S Mag
1 year ago

Not only do we associate toilet paper with control and self-sufficiency, but we've rounded up seven other interesting things you might not have known.
S Mag
1 year ago

Bad Boys for Life is finally here, so we've rounded up seven things about the movie franchise that you might not have known.
S Mag
1 year ago
Next Article