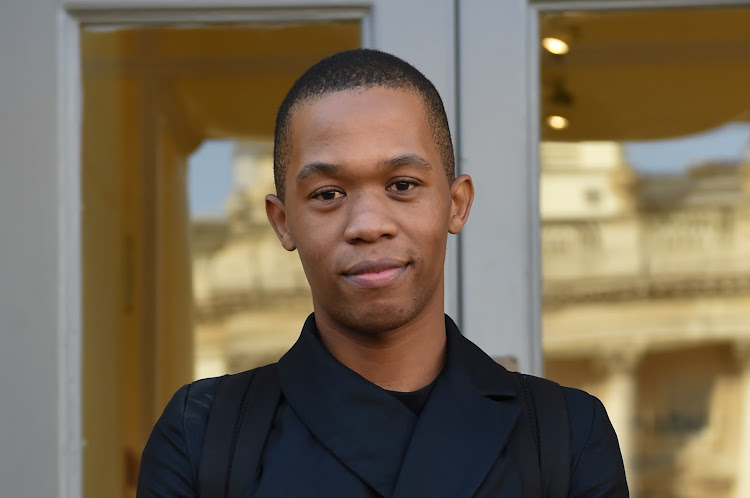 Thebe Magugu wowed the world when he became the first African to win the prestigious LVMH Prize for young fashion designers in 2019. Now he's done it again with his first presentation at Paris Fashion Week.

As part of his LVMH prize, an annual accolade handed out by the parent company of luxury brand Louis Vuitton, Magugu was given an official presentation slot at the Palais des Tokyo on Tuesday.

The Kimberley-born designer used the opportunity to stage an exhibition titled Ipopeng Ext. during which he not only showcased pieces from his new autumn/winter collection, Anthro 1, but large photographs of his work.

Rather than having models show off his latest creations, Magugu opted to dress mannequins in the tailored garments, which featured bold colours and some of his signature pleats.

Seated on chairs, these mannequins formed the audience for a screening of images shot in Ipopeng, the area of the township where Magugu grew up. “The name [Ipopeng] translates into ‘beautify yourself’ — a fitting name for the people and places who serve as my earliest and most poignant references,” he explained on Instagram.

A post shared by Annette Pringle-Kölsch (@annettepringlekoelsch) on Feb 25, 2020 at 3:59pm PST

Magugu also debuted a new logo, logotype and monogramme for his ready-to-wear collections this week.

Featuring two intertwined figures, the logo represents sisterhood and is “an homage to the matriarchal figures that have supported and inspired me throughout my life, studies and career,” said the designer on social media.

Before his exhibition, Magugu attended a dinner in celebration of Paris Fashion Week at Élysée Palace with his mentor, Givenchy's artistic director Clare Waight Keller, who introduced him to French President Emmanuel Macron.