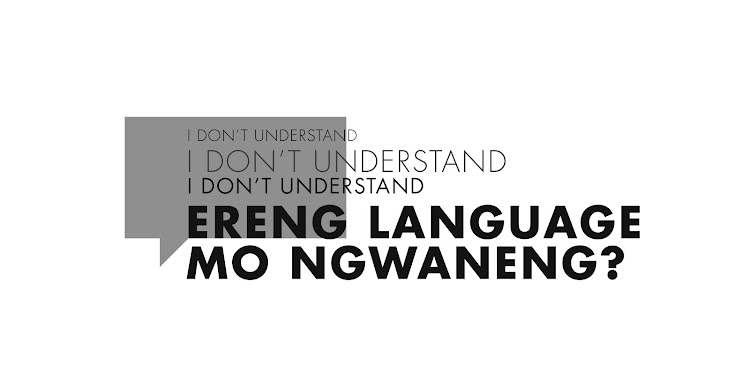 Language is definitive in shaping our perspectives in the world and is the foundation for forming connections with others. According to the department of education’s National Curriculum Statement on Languages for grades 10-12, “learning to use language effectively enables learners to think and acquire knowledge, to express their identity, feelings and ideas, to interact with others, and to manage their world”. How children use a particular language can have a bearing on how they learn and what they learn, and “it is through language that cultural diversity and social relations are expressed and constructed”.

Studies have also shown that learning a language is optimal before the age of six. In South Africa, the most common language spoken inside the household is isiZulu — spoken by 25.3% of the population — followed by 14.8% who speak isiXhosa and 12,2% who speak Afrikaans. These results, gathered as part of the 2018 General Household Survey conducted by Stats SA and released in May 2019, show that only 8,1% of South Africa’s households speak English inside the home. Yet English is the second most popular language spoken outside the home at 16.6%.

English is the language of choice for business in South Africa and is further entrenched as the medium of instruction for most South African schoolchildren. Lwazi Mjiyako, a lecturer at Wits University’s department of African languages, says that English holding court over spheres of business and education is indicative of the far-reaching consequences of colonialism and apartheid, which “constrained the growth of African languages and, in so doing, stigmatised them”. The depth in both usage and development of African languages is decreasing, says Mjiyako, while colonial languages like English are growing. “Schooling and job opportunities approve linguistic knowledge, performance, and competency in English, not African languages,” he adds. He goes on to explain that a social premium is placed on English proficiency and, as a result, black children are encouraged to speak English to get them “ready to compete in the world of employment opportunities”, rather than gain proficiency in their mother tongues.

“Our language is the only thing we have as Africans which is totally ours. It carries our heritage and passes our cultures from generation to generation. In a period when, as Africans, we are trying to take more control of our story, language is one of the most important tools in redefining our future as a people,” says Sfiso Mthethwa, 36, an attorney from Johannesburg. “The continued preference of English over African languages under the guise of ‘global communication’ is killing our languages. We are the generation of parents who can turn this tide before it’s too late,” he adds. As a father to an 11-year-old son, Mthethwa says he makes a concerted effort to instil proficiency in their family’s mother tongues of isiXhosa and isiZulu. “Kids mimic their parents; the best way to affect behaviour is for us to speak our languages as much as possible,” he says, explaining that he deliberately encourages his son not only to learn, but also to be confident speaking his home languages. “I text him in isiZulu and isiXhosa as much as possible. When we are together I ask him to speak minimal English in order to make his mother tongue stronger.”

But not everyone experiences this kind of privilege. “I went to boarding school from grade 1 and we were told not speak our home languages at the boarding house, so I would occasionally speak Sesotho only when I went home for the holidays, until I eventually forgot it,” *Palesa explains. She is a 29-year old Mosotho woman from Johannesburg, who refers to Sesotho as her mother tongue but says she understands the language more than she speaks it. Growing up, not speaking her mother tongue was not really an issue for her, she says, but that changed when she started working. “At school and university it was fine, I think it’s because I had friends who also did not primarily speak their mother tongue, but then I started working in the corporate world. I felt awkward and embarrassed that I could not speak [Sesotho] as fluently as other speakers. I have regretted not being able to converse fluently in my mother tongue as an adult.”

TAKING PRIDE IN OUR LANGUAGES

“Language is a living heritage,” adds Mjiyako, explaining that for as long as language is seen as important in the context of cultural knowledge alone, the stigmatisation of African languages will persist. “The danger is that most people attach culture to backwardness or the past, as opposed to modernity,” he says. “The education system must begin to redress the legacy of colonialism and apartheid, which led to the stigmatisation of African languages.” This forward focus on creating a new environment for African languages to thrive is important to Mthethwa as well: “We need to get to a point where our kids are proud to be African and understand that this pride rests deeply in our languages.”

For Biancha Mentoor, 29, a Johannesburg-based doctor, this expansion of her worldview was key to deciding to take isiZulu lessons shortly after meeting — and later marrying — a Zulu man. “I have always wanted to learn a language widely spoken in South Africa. Zulu is spoken by the vast majority of South Africans,” she says. “I was also mindful that my husband’s family’s home language is Zulu and I didn’t want to be the reason why family gatherings would now need to accommodate for my lack of understanding of Zulu.” Having grown up bilingual — speaking English and Afrikaans with her family — Mentoor says she intends to one day expose her children to all the languages spoken by their relatives. “This would include English, Afrikaans, and Zulu. I would want them to feel comfortable communicating in all of these languages, even if only at home,” she explains. This is something that resonates with Palesa as well: “I want to have a multilingual home. I want my children to speak Sesotho and English and I want to be able to speak it with them. I want them to be proficient in their home language and for them to not ever lose it like I did,” she says.

Here are a few practical steps for parents to encourage childrento speak their mother tongue:

1. Ensure children learn other languages at school and that, at home,
they spend the majority of their time speaking their mother tongue.
2. Create an environment that accepts mistakes. Don’t laugh or make
fun of your child for trying and struggling to speak their mother tongue.
3. Teach as often as you can. If children make mistakes, correct their
pronunciation or sentence structure carefully so they can learn.

Palesa’s experience of being instructed not to speak her mother tongue at school is the foundation for some of the social and cultural isolation she now experiences as an adult, which Mjiyako agrees was almost bound to happen. “Learning in your mother tongue enables you to both conceptualise and experience social reality in your cultural-knowledge systems,” he explains. “At the moment, we lack the commitment to construct an integrated meaning of culture, language, and heritage. Presently, black South Africans are keen to possess [English] in order to access resources mainly developed through English cultural cognition,” Mjiyako explains. He suggests that overcoming this depends on a much more meaningful effort on the part of families in their homes and of the schooling system.

“Their worldview will only expand if they are able to speak more than one language. Children must put their mother tongue first and then definitely know other languages. This will help them to see the importance and value of their languages which have helped them to exist this far in the history of mankind,” he says.

*name has been changed

This article first appeared in print in the Sowetan S Mag September 2019 edition.