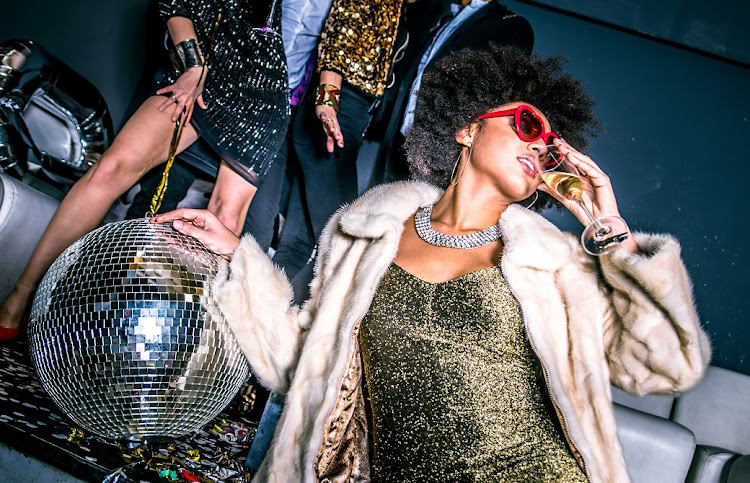 It’s that time of the year. A phrase everyone starts bandying about from around the end of September to the few days before Christmas. When “December” becomes “Dezemba” and when, after a long year, we’re all weary and looking for that special time to kick back. But as you gear up for long, lazy days — and longer nights that become hazy mornings — it might be best to hold back on that temptation to throw all caution to the wind. While it is always more fun to party with friends, there are some negative effects to partying that can adversely affect the people around you.

We all know what we should and should not be doing when it comes to mixing your drinks and your steering wheel. And, quite frankly, it’s just a risk not worth taking. There are far too many lives on the line — yours and every life that could potentially cross your path while you’re driving drunk. In South Africa, the legal limit is a breath-alcohol content of 0.24mg per 1000 ml, or a blood-alcohol limit of 0.05g per 100ml. This translates to two small glasses of wine or two beers, or about a single shot of whisky or brandy in one hour.

“Alcohol significantly slows reaction time and distorts your vision; the effects of a heavy night of drinking could well affect your driving ability the next morning, and you may still even be over the legal limit,” says the Automobile Association of South Africa. With convenient ride-sharing options like Bolt or Uber — and subscription services like Good Fellas — available to make sure you get home safely, there is no reason to bring an early end to your (or anyone else’s) festive season by taking “just one” chance.

BE RESPONSIBLE IN THE BEDROOM

“I recently met a guy who told me about his ex. Turns out they were dating at a time when his ex was once flirting with me and had his hands down my pants. When I asked him [the ex] if they had an open relationship, he said no. The ex cheated on him every time he was drunk without him knowing,” explains Roann Louw (29), a graphic designer from Cape Town. He describes a situation many people have found themselves in — either as the partner who was cheated on or the unknowing third party in someone else’s relationship. The guy in the story is putting himself, his partner, and any other sexual partner he has in danger with his drunken behaviour.

According to the World Health Organisation, “The coexistence of alcohol use and sexual behaviour has the potential to increase harms associated with each of these separately” — which means that when we get lit and then try to take the party to the bedroom, everyone is at a greater risk of STDs, unplanned pregnancies, and HIV. Furthermore, consent cannot be given when someone is inebriated or incapacitated. Sexual interaction where one party is unable to give consent (a firm “yes” rather than the absence of a “no”) is assault.

While it is possible to consent if you are drunk or have used drugs, it is critical that the consent is given free from pressure or coercion, and is both voluntary and unambiguous. If someone is unable to give you a voluntary, firm, yes — wait until you’re both sober to talk about it first.

We have constructed a December survival kit for the festive season!
S Mag
3 years ago

What qualifies as a good night is different for all of us. For some, it’s a few glasses of wine enjoyed with friends and being in bed by midnight; for others it’s blurry eyes and knocking back one more line with strangers in the bathroom of a club at 3 am. We all need to be aware that while we’re blowing off the steam of a long year, not everyone is going to be chasing down the same good time. “I was once living with someone who needed much less sleep than I did,” says Mimi* (34). “They would come home at all hours, cook while drunk, and make a whole lot of noise, waking me up in the process.” Being considerate of those you share a space with is fundamental to a good living arrangement for you both. Either give them a heads up if you’re likely to have a big night, or try to keep the noise to a minimum when getting home late.

REIN IN THE SPENDING

December is all about having a great time, and you’re likely spending more time with friends and family as well. And it can get expensive. How you choose to manage your partying time and your money over this time can affect several people, particularly your children or other dependants. “Every year, after the December spending, I need to make sure there is money for school fees, uniforms, and stationery in January,” says mother-of-two, Kelly*(32).

Reckless spending and excessive partying over the December period can also mean children are left neglected and might result in your having to take out personal loans in January — this can add further financial pressure later in the year.

DON’T BE THE MESSY FRIEND

There are some mornings where you’re not sure how you got home the night before. Chances are, you became the responsibility of a friend whose night had to come to an end when you needed taking care of. “It’s fine to take care of your friends when you go out; we all need a helping hand at times,” says Stephen Gumede* (34). “But making a habit of it gets annoying. I’m tired of being the one ordering the Ubers, racking up a bill on my credit card, and getting a bad rating because friends are too drunk to take care of themselves,” he adds. If you’re always having to send “I'm sorry I was such a mess last night” messages in the morning, perhaps it’s time to give the others a chance to be able to rely on you for once.

If you can’t imagine making it through a week without a drink, ask yourself if there are deeper problems you are trying to drink away.
S Mag
2 years ago

IF YOU SEE SOMETHING, SAY SOMETHING

It's the South African way to not intervene, even when we can clearly see someone is about to do something dangerous — to themselves or others. This is a culture we need to shake to create a collective consciousness that makes everyone feel safer. If you see something happening that might end badly, politely intervene and make others aware that their behaviour is or might be dangerous.

1. BEFORE SOMEONE DRIVES DRUNK:Even if you don’t know them, ask their friends if they’re ok to drive and suggest a ride-sharing service. Sometimes just mentioning it is enough to bring it to everyone’s attention. If it’s one of your friends, don’t let them get behind the wheel. Offer to drive them home, or, if you’re not ok to drive either, get them to give you their keys and share a cab home. You can collect the car in the morning.

2. IF SOMEONE SEEMS UNCOMFORTABLE: It is often possible to spot someone in an uncomfortable situation from a distance. It may be a woman who is being approached by a man she has no interest in or feels unsafe speaking to, or someone caught in a conversation they don’t want to be in. The best way to intervene without causing a scene is to ask the person who seems uncomfortable if they are ok. If they say yes, then back off. If not, and they take up the offer for assistance, let them stay with you or your group of friends until they feel safe again. This helps the uncomfortable person feel seen, and lets the encroacher know that their behaviour is not going unnoticed.

3. WHEN THE NIGHT IS DONE: If a friend is going off with someone you don’t know, or everyone is heading home for the night and someone is travelling alone, get them to share their WhatsApp or Uber live location with you. And let each other know when you’re home safely.