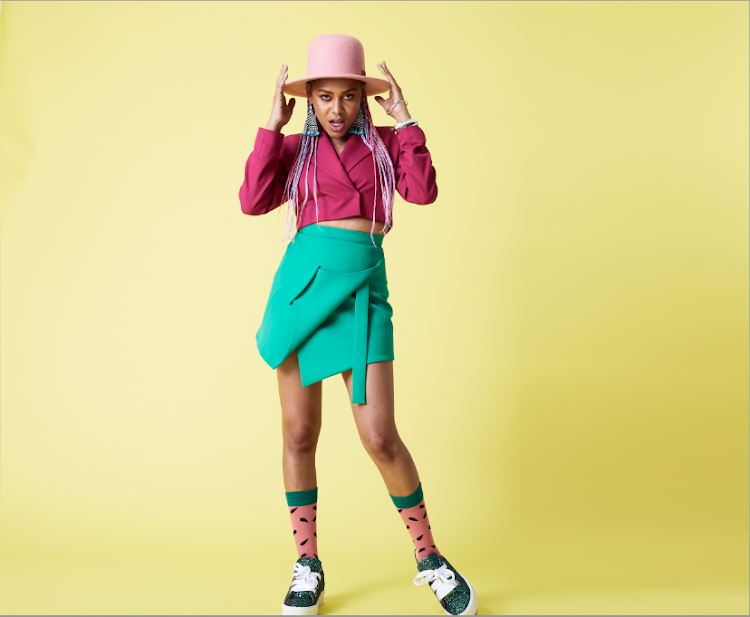 Sho Madjozi sent the internet on frenzy when she debuted her hit, John Cena on the international music platform A Colors Show back in August. The track has since went viral and is comfortably sitting on over five million views on YouTube.

John Cena has also inspired a viral dance challenge the #JohnCenaChallenge which has seen people from across the globe take videos of themselves dancing to the track. One of the people who’ve jammed to the track is WWE wrestler, John Cena himself. While it seems the wrestler has two left feet, his performance on The Ellen DeGeneres show was a great nod towards our Sho.

Shinning on the airwaves is John Cena by Sho Madjozi with an impact around Africa with its challenge going viral around the globe #JohnCenaChallenge and as we celebrate our heroes we celebrate @ShoMadjozi because she's our own heroine!!@antoneosoul @ogaobinna #AntonaObinna pic.twitter.com/SxEAwYg6Ab

With the festive season coming up, we know for a fine fact that this will be one of the tracks sending us to the dance floor. To help you decide which moves to bust when it comes on, we’ve rounded up three of our favourite #JohnCenaChallenge videos.

By Women, for Women! Thank you @yfm and the team that made #WomYn2WomYn possible, for bringing all kinds of women together to empower & inspire each other. To the ladies that came and gave their all, THANK YOU! So much energy, power & abundant love! Loved every moment of it! ❤️ pic.twitter.com/XvKzm5AHTa

We all know Bontle Modiselle can bust a move, but when the dancer fell pregnant, some had expected her dance moves would go to maternity leave as well. But being the circle opener she is, she has proved many of us wrong as she continued to lead a group of women in dance YFM’s WomYn2WomYn event with her her baby bump. We stan an unstoppable queen!

Life is so random and wonderful 🥺 These guys are dancing to John Cena all the way in Colombia 🇨🇴 , South America 😭💗 pic.twitter.com/A0wRsUCwZu

The #JohnCenaChallenge even made its way to Colombia, South America. The co-ordination and the dance moves are winning! They even topped it off with some voguing. Yaaaas!

We are a nation with rhythm and that rhythm starts at a young age.  When a young girl did her bit for the #JohnCenaChallenge some twitter users named her the undisputed champion. With amapiano moves on a gqom beat, this little girl is on cue, on time and that pouncing cat is probably the best we’ve ever seen! Also, we love how her friends are hyping her at the back.