Who wore it best? Keke Palmer vs. Beyonce 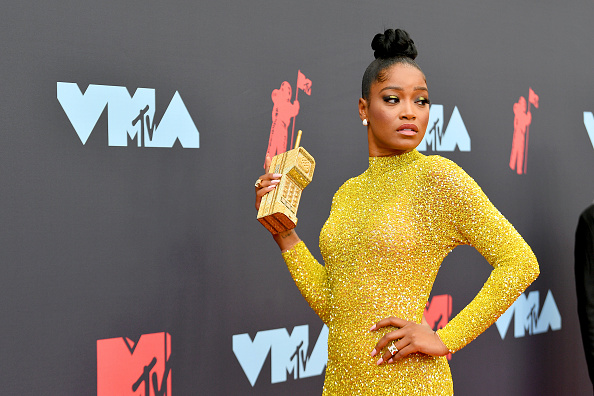 Nobody likes to go up against Beyonce.  Not on the charts, not in the yummy mummy game and certainly, not in fashion.

But this weekend when she wore a dress previously worn by actress Keke Palmer, she set their fashion worlds colliding as we asked ourselves: who wore it best?

Keke made it onto various best-dressed lists when she attended this year's MTV VMAs in a high-necked Yousef Alijasmi beaded gown.

The actress paired the dress with gold platform shoes and a chunky clutch which was shaped like an old-school cellphone.

For accessories, she played it down with a pair of pearls, a sleek high-ponytail and perfectly laid edges. Simple as the hairdo was, we’re pretty sure she snatched some edges with the effortlessly chic look!

Over the weekend Beyonce had social media abuzz when she wore the same gown to the grand opening of Tyler Perry Studios.

While some fans were impressed with how well the dress accentuated her figure, others saw what they deemed to be a slight boep, and speculated that she’s pregnant.

As always, Queen B looked regal , pairing the dress with strappy heels, diamond cascade earrings and a ring by Annabelle Chan.

The Freakum dress singer topped off the look with a dramatic floor-length braid and red lipstick.

There’s no denying that the dress looked stunning on both women, for different reasons.

Queen B served rich aunty looks with her extravagant jewelry and dramatic ponytail, something fitting for the 38-year old millionaire.

Keke on the other hand vied for simpler accessories, platform shoes and chunky clutch bag—glamourous and playful enough for the 26-year old.

We have to send a shout out to Keke for wearing the dress first because not many people can proudly say ‘B stole my look’, but unfortunately, she didn’t wear it best.

Queen B’s choice of hair and accessories added more glamour and opulence to the gown. She also managed to make a dress previously worn by another celebrity her own which shows that she understands her style and her body.

We round up our fave snaps from Boity’s trip to the city that never sleeps.
S Mag
1 year ago

September's best & worst dressed celebs: who wore what this month?

Your monthly style guide to which celebs got it right, and which got it oh so wrong.
S Mag
1 year ago
Next Article