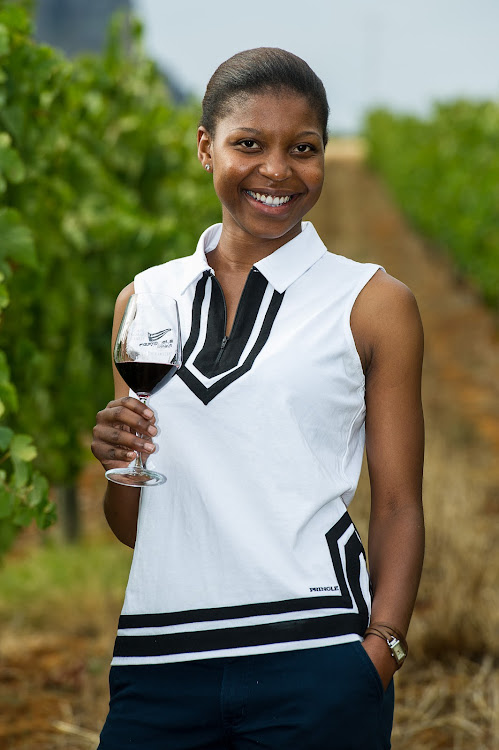 It’s not every day you meet a young, black, female winemaker. Twenty-nine-year-old Mahalia Kotjane is an assistant winemaker at Stark-Conde Wines who was inspired to pursue a career in wine-making as a student in high school. Having to do a project on wine-making and struggling to find information on the internet, Kotjane bought grapes and conducted her own experiment.

“I bought table grapes from my local supermarket, crushed the grapes in a 750ml jar and placed it in a dark cupboard and waited to see what would happen. A few days later the grapes were covered in mist, all cloudy and bubbling away,” she recalls.

After completing school, Kotjane moved to Cape Town where she studied wine-making at Elsenburg Agricultural College and in 2014 she joined the Nedbank Cape Winemakers Guild (CWG) protégé programme.

Giving aspiring winemakers and viticulturists the opportunity to work alongside some of South Africa’s best winemakers, the Nedbank CWG protégé programme is a three-year internship programme created in a bid to help fast track the transformation of the wine industry – one of the least transformed industries in South Africa.

“It is a very competitive industry,” says Kotjane. “Coming and training on a farm was very foreign for me. I didn’t know Afrikaans that well so it was a lot of adjusting for me in a very white, Afrikaans, male-dominated environment. I felt very uneasy but my passion pushed me through it.”

Kotjane is one of 30 protégés that have gone through the protégé programme in an attempt to nurture the long-term health and sustainability of the wine industry and as a young protégé, Kotjane was afforded the opportunity to travel to France as part of the Burgundy Exchange Programme where she participated in a harvest in Burgundy, attended lectures and visited places like Champagne.

She also created her own wine during the programme for an annual auction, now I its 35th year, which acts as a fund-raising initiative for the programme.

She says the programme affected her development as a wine maker in a very positive way, adding value in honing her skills, which, she says, gave her an upper hand in terms of being ready to infiltrate the industry.

“I love what I do. I love the grapes and I love wine – that in itself pulled me through,” she says. After the programme she decided to start her own wine brand, ThreeQuarter Wines which she plans to harvest in early 2020.

This year’s Nedbank Cape Winemakers Guild Auction takes place this Saturday at Spier Hotel and Wine Farm, Stellenbosch and is open to all wine lovers and collectors.