Restaurant etiquette: are you guilty of any of these annoying habits? 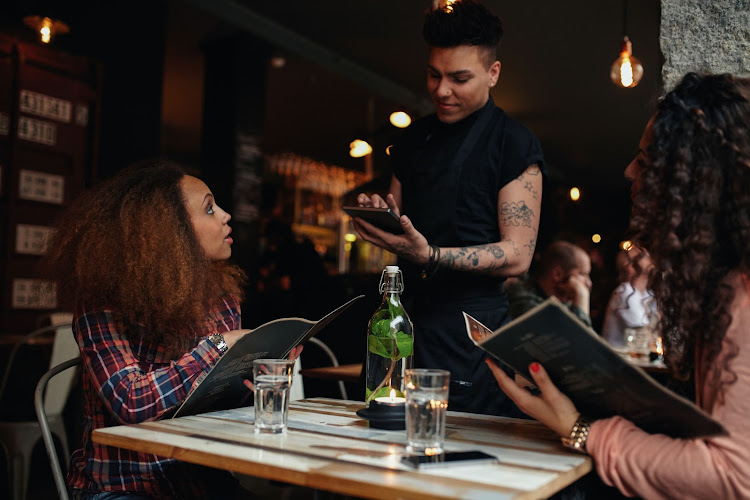 Making up your own dish from ingredients on the menu creates challenges for restaurant kitchens, says chef James Diack.
Image: 123RF/ammentorp

As customers, we revel in the fact that we are always right. In the hospitality industry we’ve become so accustomed to getting our way every single time. But do restaurant patrons sometimes take it a step too far?

We asked James Diack, the chef patron of four of Johannesburg’s most successful sustainable eateries — Coobs, Il Contadino, La Stalla and Douglas + Hale — to share some of the things he wishes customers would stop doing when eating out in restaurants:

People are using the menu as a stock sheet to re-create a dish they loved somewhere else, or to make a meal they’d prefer over and above all the other dishes we have on the menu.

What the customer doesn’t understand is that, technically, they’ve asked us to make a dish we have never tried or plated before

Last-minute changes to the menu create challenges for kitchens. When people treat a menu like a shopping list, they sometimes  change a dish so much that it’s not even recognisable as something that was on the menu. Restaurants accommodate this and then customers complain that the dish isn’t great.

What the customer doesn’t understand is that, technically, they’ve asked us to make a dish we have never tried or plated before.

2. NOT SHOWING UP FOR RESERVATIONS

There seems to be a growing trend to book tables at multiple restaurants and then decide where to go without cancelling the other reservations.

Making a reservation at a restaurant means the establishment keeps this place for you. They turn away other bookings and walk-ins and wait for you. When you don’t show up, you have wasted their time, and the restaurant loses out on revenue.

It’s common courtesy to simply phone and cancel, as it allows the restaurant to reallocate the seats. The trend reached such a peak that in some international markets bookings have to be secured with a deposit or credit card details — that way, if you don’t show, you still pay.

The proliferation of wheat, gluten and lactose intolerance has come to a point where we don’t trust these are genuine allergies. It’s becoming bizarre and means that when people come in with genuine allergies or food-related diseases (such as Crones Disease), the industry is almost too blasé and desensitised.

More and more people are bringing their own cakes. [This has given rise to eateries charging cakeage, a charge similar to corkage, which some people have an issue paying.]

When customers bring in cakes, we lose out on a number of dessert orders and, even more important, the waiter loses out on that portion of the tip (but still must serve and clear the plates).

In the “old days” someone would bring a bottle of 1977 Petrus because they wanted to enjoy it with their food. Now people are bringing inexpensive wines and are outraged to pay R70 corkage.

What customers don’t understand is that sometimes the wine glasses cost R135 each — if someone has paid the R70 corkage and they break the glass, the restaurant is only half-covered.

It also limits the customer’s experience of the restaurant.

Too much salt or spice in your dish? 4 tips to help you rescue a meal

Have you ever cooked a dish and accidentally added too much of something, making your food inedible? We asked four chefs from some of Joburg's top ...
S Mag
2 years ago

3 easy food habits for a better you

Urban Moyo offers contemporary African cuisine, fresh cocktails and is a good option for a quick lunch or leisurely dinner.
S Mag
2 years ago
Next Article