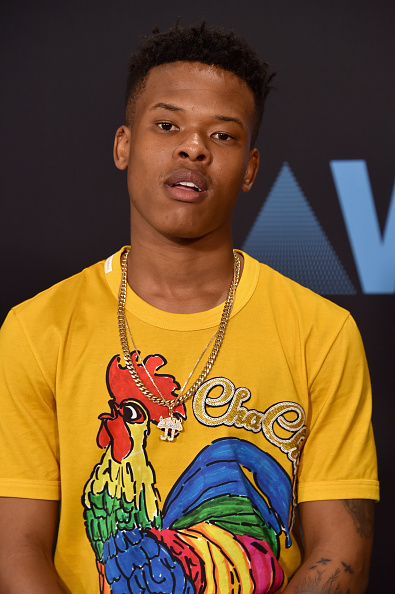 There’s no denying that Nasty C’s star has been rising since the release of his breakout single Juice back in 2015.

With less than five years since the release of his debut album Bad Hair, the multi-award-winning rapper has garnered a lot of commercial success and he’s showing no signs of stopping. After all, the 22-year old once rapped:

From touring in Australia and making music in Japan, Nasty has made major moves in the international music scene this year. Although the love he gets further afield is great, the Durban born star keeps his feet rooted in Mzansi with his annual Ivyson Tour.

Now in its third year , the tour will see Nasty reciting his bars across the country to adoring fans. To give you things to ponder on before you see your fave, we’ve listed seven things you might or might not know about him.

1. Where the stage name comes from

Before Junior Ngcobo became thee Nasty C, his brother’s friend gave him the name ‘Nasty Cat’ because he used to cuss a lot in his raps at a tender age. He dropped the "cat" when he started redefining his identity as an MC.

Nasty comes from a big family, the rapper is the seventh of ten children. One of his brothers introduced him to hip-hop and even produces.

He designed the tattoo on his left forearm which has large ivy leaves that lead to a mini forest as an ode to his late mother, Ivy. In an interview with Sunday Times, he described the tattoo as follows:

“So this is also ivy trees but these are dead, so this (birds flying above the trees) is her spirit and her being free. This (an eye with tears streaming down) is the pain and everything that she went through to grow me, to give me life to feed me.”

4. How he spent his first big cheque

His first big cheque was accompanied with a big purchase. Nasty got a Rolex watch. As hip-hop’s first billionaire, Jay Z says:

“(Ball so hard) got a broken clock, Rollies that don’t tick-tock”

5. He is artsy fartsy

Before his trade with words, one of his favourite art forms was making stuff out of clay.

6. What he finds appetising

Nasty has travelled the world and probably dined in the finest restaurants, but one of his favourite meals still remains amasi.

7. A long walk to hit-making

Nasty will literally go the extra mile for his music. He once walked for 45 minutes just to go to a studio to record his first song.

Ivyson Tour starts today in Cape Town, and moves across the country.  Tickets available at Webtickets.

The country’s national treasure, Dr. Esther Mahlangu due to receive a top cultural award from the French.
S Mag
2 years ago
Next Article