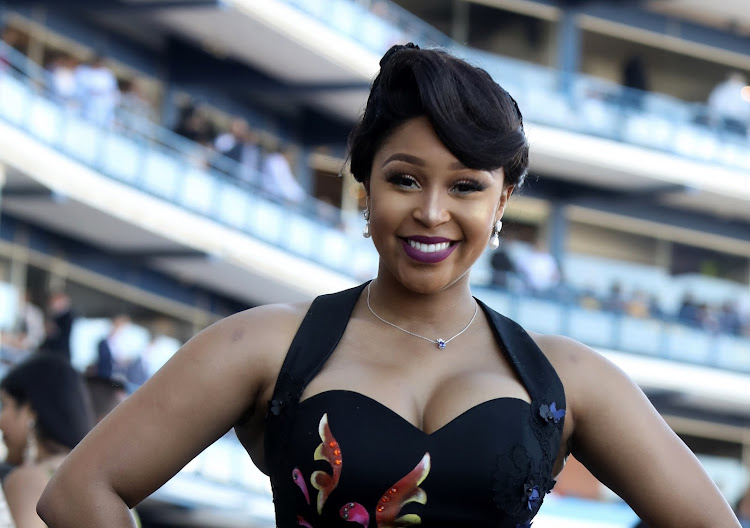 Africa’s biggest horseracing event, the Vodacom Durban July, took place this weekend.  While some gamblers were weeping over their losses, the internet fashion police laughed until they cried over the wardrobe choices of some of our local A-listers.

As expected, social media users didn't hold back when it came to their savage style critiques. Here's what they had to say about some of the celebs whose looks caused the biggest buzz:

Few were surprised that the reality TV star showed up scantily clad; she wore a dominatrix-like 'swimsuit' under a sheer 'dress' spangled with rhinestones. Overall her outfit wasn't too dissimilar to what she wore to the Durban July last year — except this look featured even less fabric! Several social media users had a field day Photoshopping some extra clothing onto the celeb.

Somgaga made a grand, Met-Gala-like entrance with a couple of suited gents carrying the 6m-long train of his flamboyant emerald outfit. Several Twitter users suggested that he could have donated some of the extra fabric to Zodwa Wabantu.

Stretch tent for hire if you're hosting an event. Thank you Somizi for doing business with us. #DurbanJuly #VDJ2019 pic.twitter.com/BK3RV4pMSP

If I slumber later on, I'm gonna sleep on Somizi`s blanket?, at the back!#VDJ2019 pic.twitter.com/Jbk32wODZc

We have to give a round of applause to Somizi for his commitment for Job Creation?? #DurbanJuly #Somizi #DurbanJulyWeekend #DurbanJuly2019 pic.twitter.com/TenPOYfJoA

The A-lister showed up in a flirty 50's-style gown, but not everyone was feeling her retro vibe. It seems several members of the social media fashion police think she's lost her footing on the red carpet fashion-wise in recent years.

Remember when minnie used to kill these events... ???‍♀️#VDJ2019 pic.twitter.com/ToWMPk461S

Do you think Minnie Dlamini -Jones should just quit going to the Durban July? Her looks keep deteriorating #DurbanJuly #VDJ2019