The new Huawei P30 is set to change the game, one photo at a time

Recently, Paris saw a gathering of tech journalists and beautiful people watching in awe as Huawei Technologies Consumer Business Group CEO Richard Yu showed photo after photo of the new P30 series. As impressive as many of the specs are, it is the camera’s ability to capture light at four times that of a professional camera, with a digital zoom five times that of any other phone on the market, that steals the show.

The P30 series sports what the company calls the “Leica Quad Camera system”. Staying with the P20’s side design, the main strip-like configuration holds three of the phone’s four back cameras: a 40MP main camera, which boasts the new SuperSpectrum Sensor; a 20MP ultrawide-angle camera and an 8MP telephoto camera. To the right is the new Time-of-Flight Camera.

Each of these cameras can basically see in the dark and produce a clean and concise image. It goes beyond Samsung’s promise to deliver phones that can see better than the human eye - the P30 Pro can literally turn night into crystal-clear day.

What’s more, what you get is in brighter and bolder colour. The SuperSpectrum Sensor discards the old way of looking at digital colour by ditching the green pixels of RGBG and serving up some “superior” yellow ones in the new RYYB spectrum. The result is even more vivid imagery - even in the dark.

The front-view camera has not been forgotten - your selfies will show you in all your contoured glory in 3MP. Yu reports their Super Portrait Mode is able to capture even the tiniest details “down to the hair strands on a subject’s face”, thanks to snappy algorithms that clean up pixel “noise”. He went on to promise you’re going to land up with some seriously slick shots for the ‘gram, with just the right combination of facial detail and background blur. 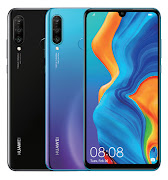 The phone’s zoom capabilities are equally dramatic. Not only can it digitally punch zoom up to 50 times closer to anything your phone points at but it cleans up the image. To put that in perspective, that means it allows you to zoom in and take a photo of the craters on the moon.

The zoom is not exclusive to still shots either. You can even zoom in to that extent while shooting video - or two videos at the same time, for that matter. The soon-to-be-dropped (courtesy of an upcoming software update) Dual-View function will allow you to film a zoomed-in video and an ultra-wide video at the same time. Your Instastories are going to be so fresh - and, well, in landscape mode, apparently.

However, if there is one achievement eclipses the above in terms of bragging rights for the brand it is the price. At a time when the growing trend is to price phones out of the reach of the majority of consumers, in order to woo those with deep pockets, it is refreshing that you can buy one of the most impressive smartphones on the market for a rumored R16 499. The official local pricing hasn’t dropped yet but it is said you will be able to get the P30 Lite for R5 999, the P30 for R11 499 and the P30 Pro for R16 499 – R1 501 less than an entry-level Galaxy S10.

• Sylvia McKeown represented TimesLive in Paris as a guest of Huawei.