Moonchild Sanelly talks to us about her childhood, being different and her future plans 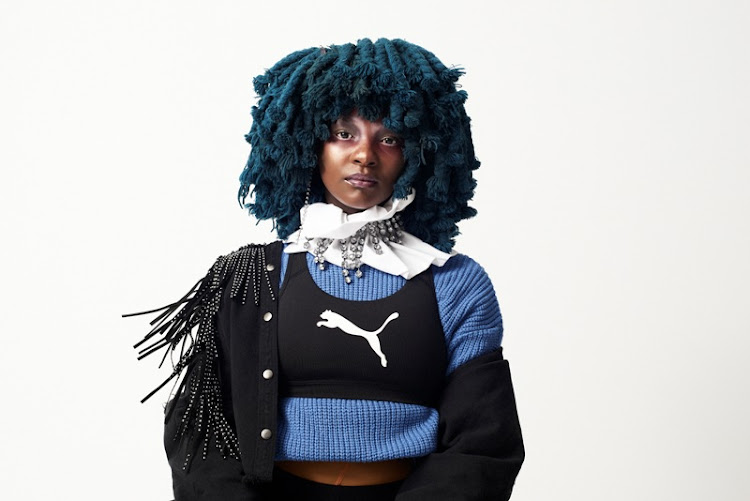 Rebellion is not always noisy. Sometimes it manifests itself in small acts of disobedience that blossom even as a squadron of creative directors, fashion assistants, and cameramen impatiently urge you to get back to work. At least that was how musician and artist Moonchild Sanelly’s rebellious nature asserted itself during the shoot for this month’s cover. As she took a breath between wardrobe changes, makeup, and the clicking of cameras, Sanelly, born Sanelisiwe Twisha, was spotted by two young fans, who approached timidly. Meeting your idol can be daunting, especially when you’ve not even celebrated your 12th birthday.

As it turned out, the little girls had nothing to fear, as the effervescent Sanelly greeted them with warmth before striking up a jocular conversation whose length silently grated the nipples of the assembled crew, but was the highlight of her fans’ day. With her trademark blue hair and raunchy stage performances, there is no doubt the Port Elizabeth artist stands out from her peers. “When I was younger and coming home with a group of friends, my mother would shout at me more for walking behind people than for coming home after dark,” Sanelly says. “She would tell me to NEVER follow; that I should walk in line with people or be followed, but never to follow.”Growing up, the singer was never far from the spotlight. Her first contact with the camera came before her first birthday, when she was chosen to be a part of an Edgars marketing campaign. 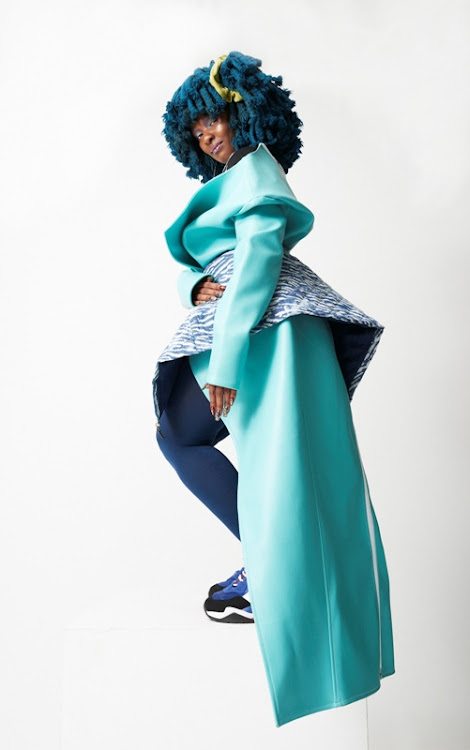 Those influences would swirl and coalesce with Sanelly’s body confidence and talent for dance to create a performer whose provocative live shows would leave the hairs — and other bits — of future audience members standing on end. That point, however, was still a long way off.Sanelly’s career started in earnest in 2006 performing hip-hop and poetry for student crowds at the Durban University of Technology. Her growing reputation attracted the eyes of heavy-hitters in the industry and it was not long before Red Bull Music — who’ve helped promote acts such as Petite Noir and rising stars Darkie Fiction — and DJ Shimza took notice. From there her trajectory was written in the musical stars, and in 2015 Moonchild Sanelly burst into the public sphere with her surprise hit Rabubi and her debut album Rabulapha!

Critics waxed lyrical about how the album was “impossible to forget” and labelled her arrival as something that happens once in a blue moon, as it introduced the world to “future ghetto punk”. It was a middle finger to the established norms surrounding musical genres, fusing hip-hop bass lines, dreamy electronic synths, and a rebellious kwaito spirit that served as a sign of things to come.In December 2017 Sanelly caught fire when she was featured onDJ Maphorisa’s smash hit, Midnight Starring. She followed that up with a string of club bangers that included Makhe and iWalk Ye Phara 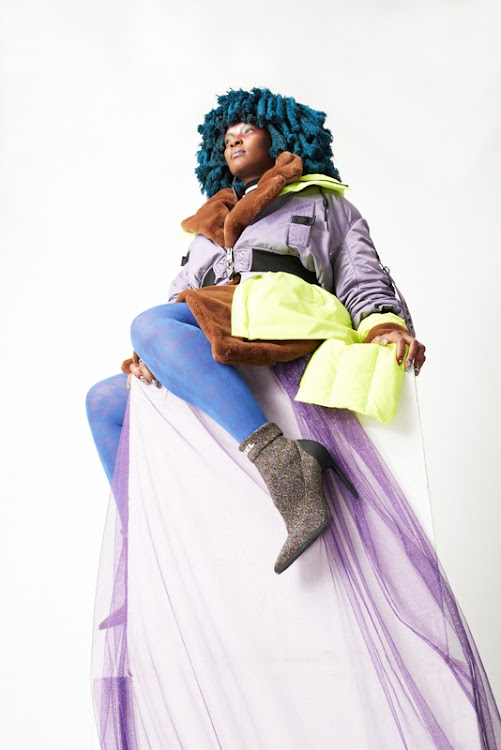 By last year she was touring Europe and Australia. Shewas also the opening act for one of South Africa’s most famous — or infamous — acts, Die Antwoord on their European tour. Music, however, is not her only creative outlet. Her clothing label, Moonchild Cultwear, has also gained traction andcan be seen draped over the bodies of famous eccentric local celebrities such as visual artist Lady Skollie and musicianToya Delazy.“Moonchild Cultwear is just me being expressive,” Sanelly says. “When I was young, I used to make my own clothes at home long before I even went to study fashion, so this is just a continuation of that expression.”

Her fashion label, like her music, demands attention. Its creations look like what would have happened had Coco Chanel popped some MDMA and decided to collaborate with Alice in Wonderland. “I’m a rebel and I don’t want to copy.I don’t want a thing that already exists,” she says.One would imagine that conducting a successful music career and running a burgeoning clothing label would be enough, but Sanelly was not done yet. Given her desire to help educate and liberate people from their sexual mores, Sanelly decided that the time was right to try her hand at opening an adult lifestyle club late last year. 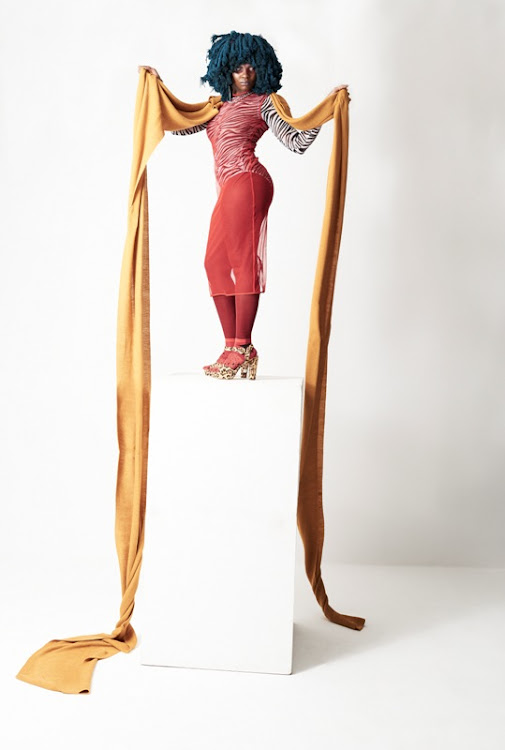 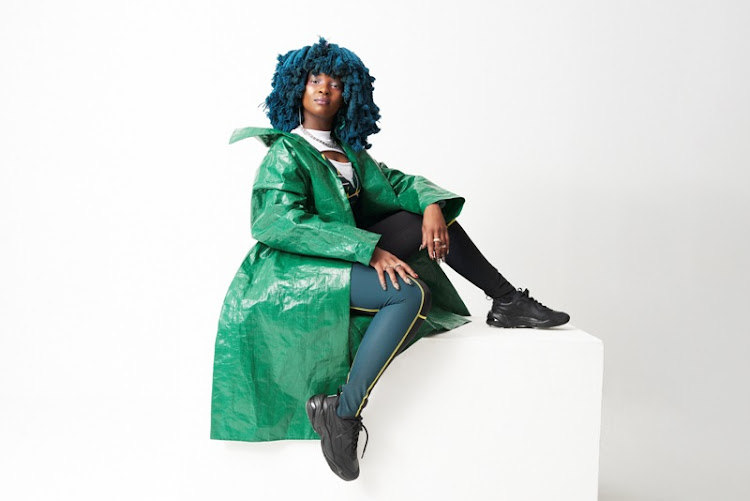 Besides, anything done in the service of self-actualisation must be a good thing, right?“I think it is better to be rejected for being yourself than accepted for being someone else,” Sanelly says.This year, Sanelly looks set to continue to build on her success. She has already performed in Switzerland, signed on to be the face of Puma’s new Nova ’90s sneakers, helped Roast AKA, and performed at one of the year’s most Instagrammable events so far: the Bacardi Holiday Club.

New music is in the pipeline and she is hoping to tourmore and have her various business interests go from strength to strength.In short, Sanelly is shooting for the moon and hoping to land among the stars. Driving all of this is her desire to be her most authentic self. “I was always just different. The whole Moonchild Sanelly thing wasn’t just a brand decision. It is my normal,” she says. “That is why I wake up every morning and it does not feel like I’m going to work.”Where life will take her is anyone’s guess, but it is safe to say that whatever Moonchild Sanelly does next will be uniquely her own. 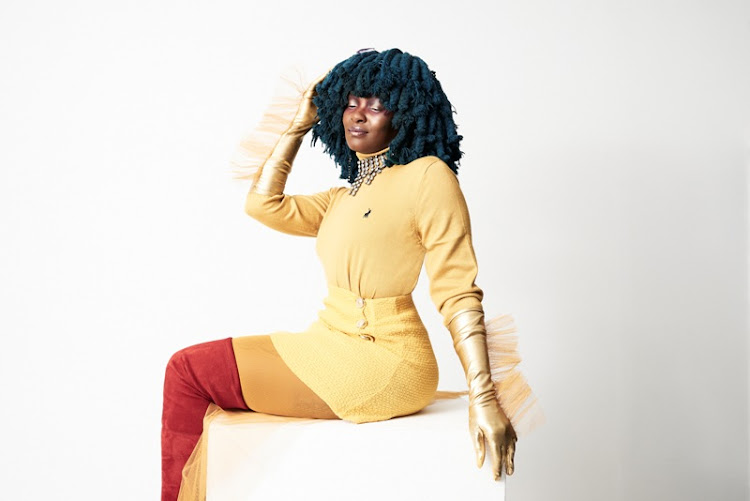