Eminem is the king of workout playlists according to Spotify 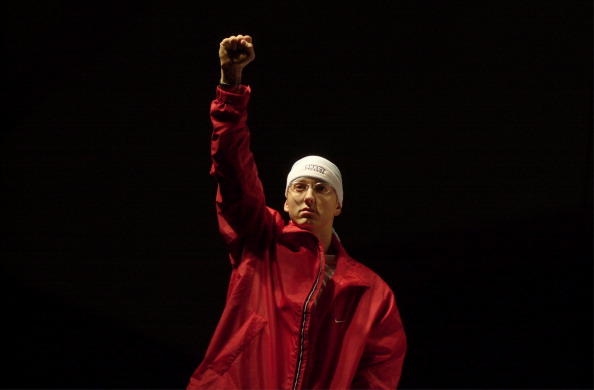 Who could have guessed that Slim Shady would be the go to person for when you are trying to lose weight?

But according to Spotify, Eminem’s “Till I Collapse” is the top global streamed song of all time for the third year in a row. Spotify released details of which songs are making it to the top of the lists of the 43.5 million workout-themed playlists that feature on the site.

Although Eminem’s 2002 hit song is the most streamed workout song of all time on Spotify, it only comes in third place for 2018, beaten by Drake’s “God’s Plan”. However, “Till I Collapse” is still the go-to song for the male species as well as those generally aged 13-34, while women apparently prefer sweating to Mark Ronson and Bruno Mars’ “Uptown Funk”.

Women are actually the main creators of Spotify workout playlists, while the Nordic countries of Finland and Sweden are the most featured, respectively occupying the first and second spots of the most active countries.

If you are frustrated that the youth has forgotten the knockout workout song “Eye of the Tiger” by Survivor, fear not because the 35-54 year old crowd is keeping the spirit of Rocky alive and kicking. But to make things interesting and maybe even a little weird, those who have reached retirement age are apparently inspired by Meghan Trainor’s “All About That Bass”.

But, it doesn’t really matter what people are choosing to work-out to in the end, as long as they are making a concerted effort to get physical and work out to get the bodies of their dreams.

So if you are looking to get moving this year, here are the top streamed songs on Spotify to help inspire you. 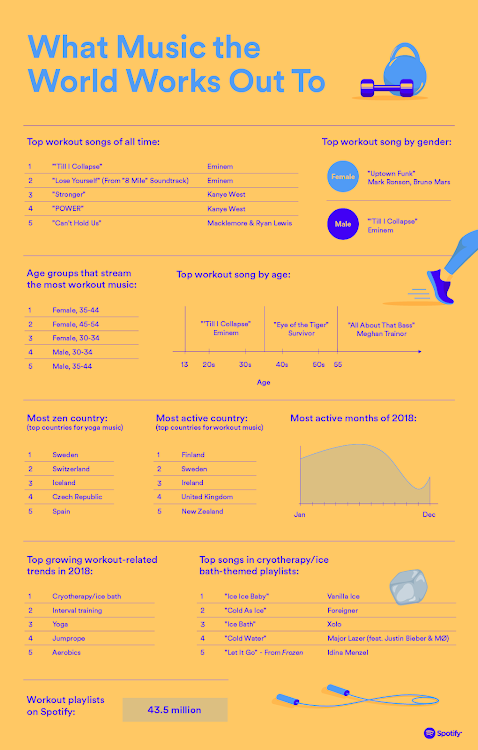 Some of the biggest hits on music charts not only lit up dance floors, but also helped people stay fit in 2018

It would seem that hip hop is the most inspiring genre when working out. Both Eminem and Kanye West occupy the top four spots of the most streamed work out songs on Spotify.