The frame cut focused on the ring action. The camera’s lens introduced us to two gentlemen in matching golden robes and white vests, gearing up for a boxing match. A third one, who looked like the trainer, joined them.

Though we could see only the back of his baby-blue top for those initial moments, we already knew that it was Zwai Bala from TKZee. We also knew the sparring partners we’d met moments before — Tokollo Tshabalala and Kabelo Mabalane. They completed the trio that was charged with guarding our Dezemba with their smash single, Dlala Mapantsula.

That music video, and the knock-on effect of the group’s album Halloween,blockaded an entire lane in kwaito, a genre of Mzansi-born music that was flexing serious clout. Yet kwaito was still caught in the myth of its own making— one-liners ruled the world, and vapid lyrics guaranteed maximum sales for any artist. 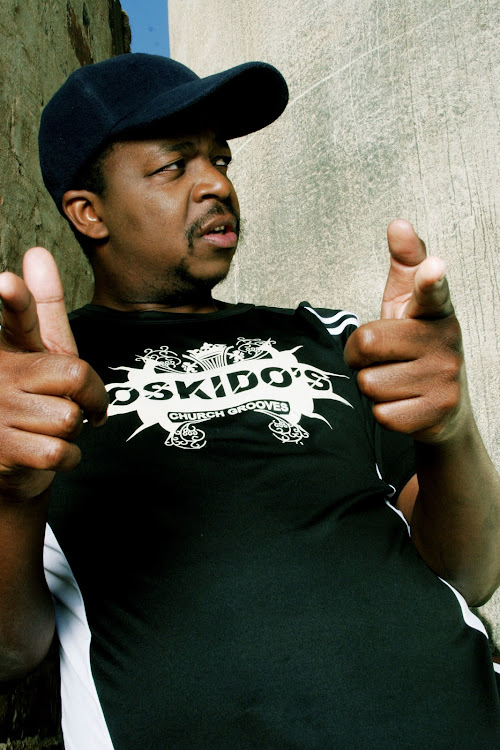 Kwaito was built on the back of countless campus tours, street bashes, club nights, and back-of-the-boot cassette-tape sales by the likes of Oscar “Oskido”Mdlongwa, Arthur Mafokate, and M’du Masilela.

They cracked the code by taking what Chicco Twala had achieved with bubblegum and jacking the signal, mixing in influences from Chicago house music and hip-hop, spicing it up with sexually charged lyrics (see BOP’s Magosha, or Thebe’s Tempy Pusha album), and topping that offering with an indie attitude to create something that would piss off most adults.

Devout mothers at the crib wondered what their sons and daughters would become, and even Madiba called in some of the kwaito artists to reprimand them for their vulgar lyrics and dancing,which he felt caused a distraction that set an undesirable precedent for Mzansi’s youth.

Sgubhu was large and in charge

The greater the backlash from all sectors though (including the electronic and print media, whose gossip platforms spun rumour after rumour, week after week), the bigger the kwaito movement grew.

Distribution grew, and as television sets and radio stations transmitted this new sound at high fidelity, so did kwaito’s cult-like following.

Trompies’ breakout single, Sigiya Ngengoma, caused more than a stir on the radio, tertiary-level campuses, and street bashes upon its release in February 1995. Trompies — a cool, five-piece Sowetan outfit — went on to become one of the faces most commonly associated with kwaito.

As the kwaito machine continued to run, we also met the gyrating Boom Shaka and vocal powerhouse Sharon Dee, who boosted national pride by assuring all and sundry that local was lekker. There were also the pantsulas from Alaska, the breakdancing kids from Chiskop, and the part-rapper, part-dance hall collective of Skeem, who posed the “Waar was jy?” question to an adoring public.

These acts were soon followed by Bongo Maffin, who reminded us of Miriam Makeba, and as the sound of kwaito became more politically driven, by songs such as Arthur Mafokate’s K****r (released in 1994, as the genre was taking root), in which he told his “baas” to “fokof ”, and M’du’s Government,which called for a deeper social consciousness. 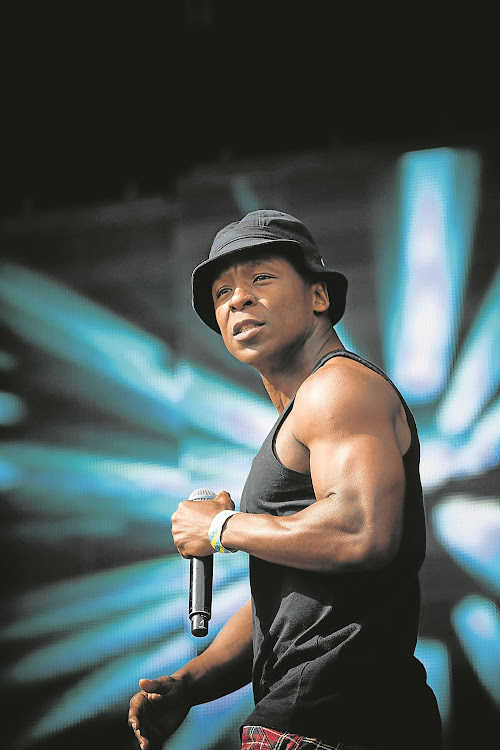 When money flooded the scene

Kwaito’s gritty image made way for the lustre of success, and this was reflected not only in the sound. Group acts gave way to solo artists. Kabelo Mabalane took a break from his TKZee family unit to assert that he was a pantsula for life. Mandoza asked abo-lova how they be gettin’ it, if gettin’ it involved sitting at the corner and asking passers-by for a litre of coke, or a buck for a gwaai.

The story of kwaito is one of myths, half-truths, and questionable facts.The accuracy of the discussion around kwaito depends on who is doing the talking, which is what led to the declaration of kwaito’s death at one point.

However, almost 20 years after Halloween’s release, its tremors still reverberate through the makeup of black youth-culture today. Kwaito is not a legacy, but a living species that continues to lend its groove to the rap music that used to look down upon it — the disrespect went both ways — and to live-music outfits of all kinds.

Kwaito is not a legacy, but a living species that continues to lend its groove to the rap music that used to look down upon it."

When the rapper K.O was thinking about releasing his debut solo project a few years back, he and producer Lunatik set out to create a distinct sound by fusing the then-flavour of American mainstream rap music with the bubblegum and kwaito sound they’d grown up hearing.

The story of how the runaway success Caracara was engineered began in 2013 on a flight to Durban, where K.O’s former group Teargas had a gig.“I was playing a DJ Mustard joint and something just hit me,” K.O says. “The bass had some kwaito influence to it, and that’s how I came up with the Caracara hook.”

He returned from the gig, and him and Lunatik got to work. “We knocked an instrumental out, and the hook just sat perfectly,” he says. K.O contacted Kid X, who at that time was part of the Cashtime Life indie label, and asked him to contribute a verse. “It only made sense because as soon as I took off, I needed X to be right behind me,” he says.

Alternative bands such as Johnny Cradle have also ensured that the township sound lives on. “You’ll feel a strong sense of kwaito in our music,”says Johnny Cradle’s drummer Tebogo Mosane. Sakumzi Qumana, the band’s vocalist adds: “Just the references to where we’re from. Casual,everyday references, township style.”

The band’s debut album was released in mid-2017: it revels in ’90s hip hop,and the gripping low-end of roots reggae basslines. Kwaito is mostly implied: the chorus to Bangphethe, for instance, adopts the call-and-response approach prevalent in the genre that influenced it.

Another musician who has been linked to the evolution of kwaito is Nonku Phiri, who was introduced to the mainstream mostly via her collaborative work with the house-music duo Crazy White Boy. 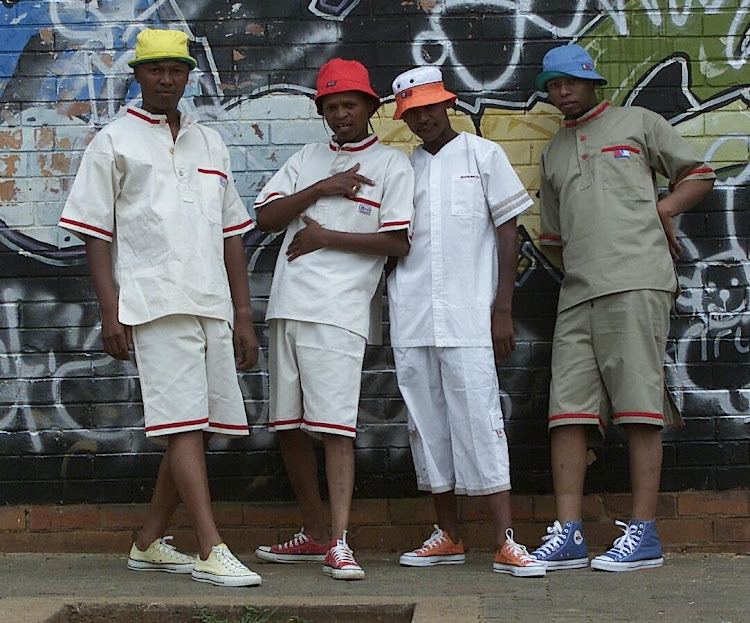 She recalls her fascination with kwaito as a youngster. “For me the idols were Aba Shante and Boom Shaka, obviously, because they were the bomb diggedy. I’m a huge kwaito head: my knowledge of kwaito is quite extensive. I’ve always been that kid,” she says.

The truth is, kwaito was never a single experience. It was a mixture of’hood and uptown tales told from different sides, guided by sounds including M’du Masilela’s jazz-inspired chords, Zwai Bala’s choral background, Arthur Mafokate’s minimalist production (referred to as “lisente” in Maseru due to its emphasis on high-end frequencies); and, later, Kaybee’s hip-hop touch,DJ Cleo’s funky township trance, and others who dared to invent music that nurtured many young minds through a wild, weird transition period when nothing was far-fetched, and anything seemed possible.

This article first appeared in print in the Sowetan S Mag December 2018 edition.