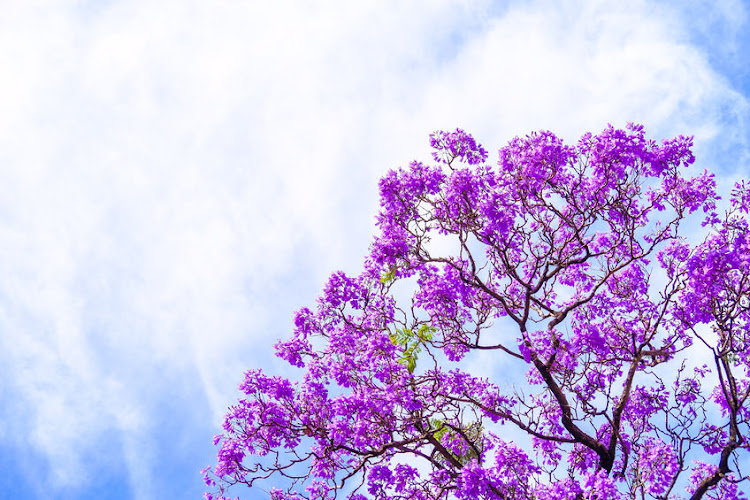 The Highveld has finally got drenching summer rain, seeing Joburg and Pretoria turn gloriously purple as their jacaranda trees come into bloom.

As social media is flooded with images of these gorgeous trees in all their glory, you can impress your friends by adding some of these fascinating facts when you comment on their pics.

1. They're not south African

Jacarandas are not indigenous to Mzansi - they are originally from South America. They were imported to South Africa from Argentina in the 1880s and, according to Johannesburg City Parks, nursery owner William Nelson is credited with lining the streets of Johannesburg with the trees.

2. They're not always purple

Pretoria is known as the Jacaranda City. It is also home to rare white jacarandas, which were selectively bred and whose seeds are apparently sterile. Herbert Baker Street in Groenkloof is only one in the country with abundance of these exceptional trees.

3. It can be dangerous to take pictures with them

Along with hot Christmases and shark-infested seas, we share a fondness of jacarandas with the Aussies. However, residents of the Sydney suburb of Kirribilli became so fed up with people snapping away at its purple avenues — many of them standing in the middle of the street or even lying in the road, posing for photos — that they asked authorities to close certain roads in 2017 in the interests of safety.

Because they are alien plants, jacarandas are harmful to the South African environment and eco-system. It has therefore been made illegal to plant new trees. But since they can apparently live for up to two centuries, Joburgers and Pretorians can rest easy knowing it will be a while before their precious trees disappear.

5. They were the star of one of the best April Fool's jokes

In 2001, Carte Blanche reported the government planned to remove all jacaranda trees because they were water-guzzling aliens. The public was up in arms. Turns out it was a meticulously planned April Fool’s Day joke. It nonetheless made it clear South Africans love jacarandas and are not willing to part with them.