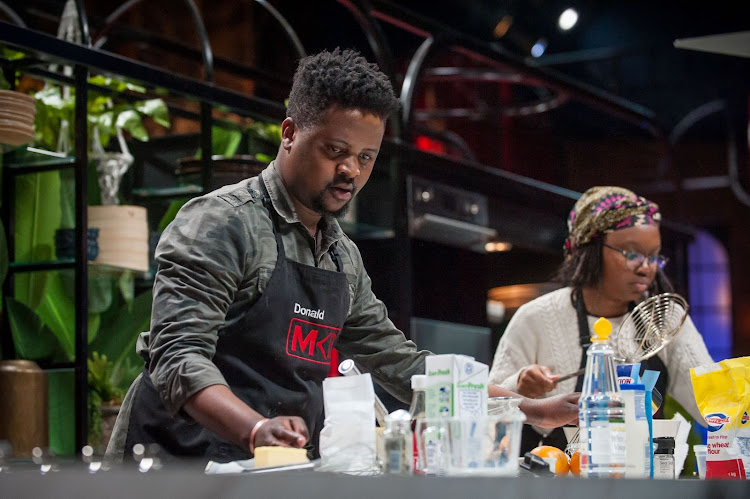 Donald Chipumha on the set of My Kitchen Rules with his partner Luyanda Mafanya.
Image: Supplied

Donald Chipumha is usually behind the camera capturing the famous faces of celebrities such as Ayanda Thabethe, Amanda du Pont and Khanyi Bau, but when My Kitchen Rules South Africa was renewed for a second season, he decided it was time to step in front of the camera.

Unfortunately Donald and his partner, Luyanda Mafanya, did not make it past the semi-finals and with the finale airing this Sunday, we decided to catch up with Donald to find out more about his journey on the show and what the future holds for him.

You are a photographer by profession. Why did you decide to enter My Kitchen Rules?

My journey with MKRSA was just a pure blessing. Growing up on a farm, my dad always invited me into the kitchen and I would watch him cook. When I looked into expanding, food photography was the next best thing. When I found out that there was a call for entries from M-Net I knew that was my new challenge.

What was it like being on My Kitchen Rules?

Ground breaking! My work has always placed me behind the camera with less attention on me. Then suddenly on MKRSA the cameras were following me and I was the one in the spotlight.

How do you feel about having made it to the semi-finals?

Going into MKR I had no expectations of even making it that far because of the vast talent that was on the show, but I knew I had something special to offer and that is what carried me through.

It sucked to go home, but I was grateful to have made it that far. I walked away with gratitude and pride knowing well that I gave it my best. 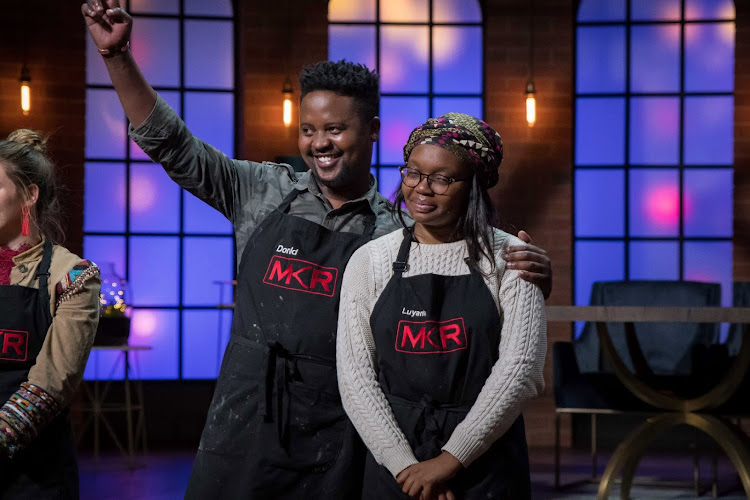 What was your favourite dish from the show and why?

The guinea foul deconstructed pie dish that we prepared for the Olympic culinary squad, which also won us the challenge.  It’s a favourite because we challenged ourselves to cooking with pastry under limited time and we came out victorious.

What was your favourite part of being a reality television contestant?

Besides the obvious that I’m now a reality TV celebrity, MKR also gave my craft some exposure which has helped my business to grow.

What kind of  opportunities has the show given you?

Recently I did cook at Decorex, that was amazing and a great platform for cooks if you are starting out. Currently [I’m] doing a collaboration with Pick n Pay and Stellenbosch wines.  I also did some work with the food delivery service Daily Dish, and that’s what actually pushed me to start my own food page, @foodgeniustats.

And what was the worst part of being on reality TV show?

Being judged by the public and receiving negative comments with no substance. I’m a firm believer in positive feedback because it brings about growth and improvement.

Going forward, do you plan to work as both a photographer as well as being a chef?

Yeah definitely that’s part of the plan, but also to become a talked-about food photographer .