Comedian Dave Chappelle is coming to Mzansi, and we can't wait! 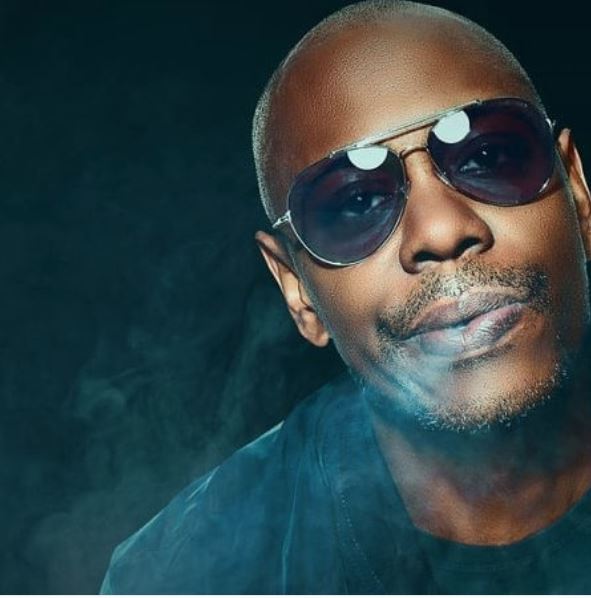 Funny Guy Dave Chappelle is coming to South Africa for his first ever tour on African soil, and we can't contain ourselves! The comedian will perform three shows around the country, starting off in Cape Town, Durban ending off in Joburg.

Chappelle celebrated 30 years in comedy last year by releasing four stand-up specials on Netflix which he accompanied with a double-feature vinyl comedy album. The 45 year old has since been nominated twice for the Emmy Awards, a Grammy, and Pollstar’s Comedy Tour of The Year Award.

Chappelle began his stand-up career in high school, but because of his age his mother would accompany him to clubs and shows.  In the 90's Chappelle started gaining recognition for his work and made his first film debut in 1993 with the film Robin Hood: Men in Tights. In 1994 he was the youngest comedian to be featured on the show Comic Relief VI.

The entertainer has come a long way since, and is probably best known for his groundbreaking television sketch comedy program Chappelle’s Show. After a successful three year run, he quit the show and stayed out of the public eye. It was later revealed that the comedian had been hiding out in South Africa.

Let's take a look at two of our favourite Dave Chapelle jokes:

1. When he told us women take too long to tell stories

Dave Chapelle is known for his crude and sometimes offensive jokes, and no one is spared his sharp tongue.

2. When he gave us advice on entertaining people

another funny one from Chappelle its nothing racial just jokes,, enjoy and subscribe for more videos and follow us on fb https://www.facebook.com/St http://69f20a6ekqd5nn5qjcmb7kxra4.hop.clickbank.net/ http://talentube.tv/watch_video.php?v=DU3X1KAKUMYX If you are an upcoming comedian you want to expose yourself or you need more views message me i will be happy to help you with that, my channel gets over 300000 views a month

Chapelle gives some advice on how to make it in the big bad world.

Tickets go on sale Thursday 4th October 2018 at 9am from bigconcerts.co.za and Computicket.