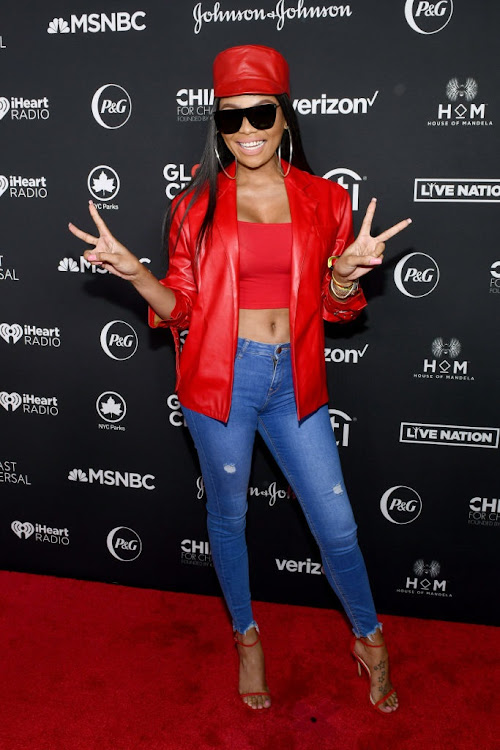 Media personality Bonang Matheba just can't be stopped!  Moghel took things international when she attended the New York leg of the popular Global Citizen Festival where celebrities came out in numbers to show support and advocate for their causes.

Later this year, we here in Mzansi will also be getting our own version which will be headlined by none other than the other Queen B, Beyonce.

The concert is staged to encourage world leaders to commit to ending extreme poverty by 2030 and tickets are earned by taking actions towards this goal. The festivals bring some of the world’s top artists together to raise awareness and funds towards lasting change.

Among the 60 000 people who gathered for the New Yord edition were other local stars including Nandi Madida, Pearl Thusi and Maps Maponyane.

They slayed- on and off stage and boy was it hot!

....last night in Central Park...the @glblctzn concert was tons of fun! Had the pleasure of being on stage... next stop, Johannesburg on December 2nd!! 🚀😌❤️ (📸 @trevor_stuurman)

Queen B took to the stage to announce fellow South African, Sho Madjozi. Bonang was also the lead moderator at the UN General Assembly “Leave No Girl Behind” discussion in New York last week.

What a success! What @glblctzn did last night was incredible and they managed to raise so much to better many people’s lives. Looking forward for the world to see how we as South Africans can challenge our leaders and truly change the world. ⭕️♥️

Actress Nandi Madida was also in tow, sharing an Instagram post where she highlighted her thoughts on how leaders need to be challenged to truly make a change in the world.

@iamcardib just performed for the first time since giving birth, okurrrr? She's showing everyone what it means to be a working mom and we were so honored to have her! Read more about Cardi's return to the stage at the link in our bio. (📷: @mengwencao for Global Citizen) #globalcitizenfestival #cardib #workingmom #okurrr #genderequality #girlsandwomen

Cardi B was one of the performers for the New York leg of the festival. This is the first time she performed since giving birth in July.

Not your regular red carpet. So glad to have been a part of the @glblctzn festival over the weekend and all the incredible work we got up to during the week. 🔴 #GlobalCitizen #GlobalCitizenFestival

Maps Maponyane was loving the attention he received on the red carpet. In an Instagram post he plays on the fact that it's not your regular glamorous red carpet but one which portrays much more purpose.