Free the nipple, and let us breastfeed in peace 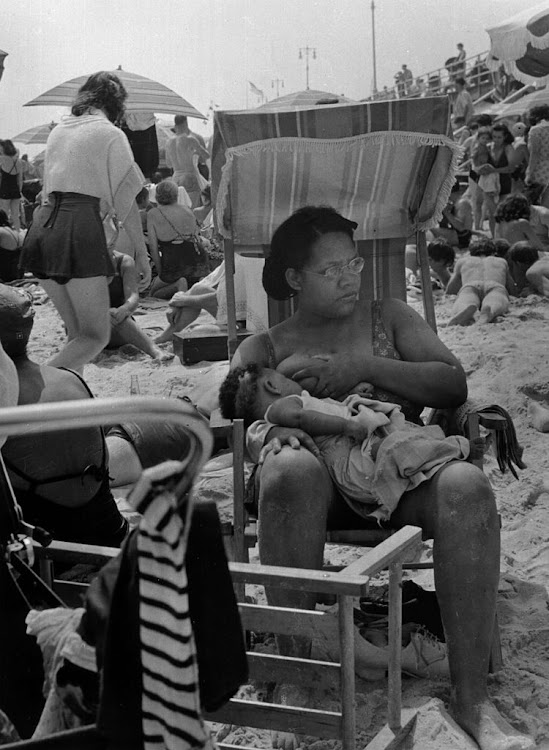 These two pictures might be my favorite ones of last weekend! There is more than one message that we all can take from these. One being, I hope to normalize breastfeeding because it’s a natural thing women can do for their babies. I think women should be able to feed their babies how they want, when they want and where they want. End of discussion! Another message I hope comes out of this is that women need to be confident in themselves no matter what. There is no one shape, size, age, or ethnicity that defines beauty. We are all beautiful! Look at the final 16 girls that were chosen. All different. All beautiful. Thank you @si_swimsuit and @mj_day for celebrating that year after year. Lastly, never give up on your dreams and goals, even when it may seem like there are many barriers in front of you at times. You are stronger than you think! We can do it all! So my #wcw today is every woman out there!!!! WOMEN CRUSH WEDNESDAY! 1st: @quinn_willoughby 2nd: @theimagesniper #girlpower #siswimsearch #normalizebreastfeeding #bodypositivity

A little over a week ago, the name Mara Martin was probably barely known outside of modelling circles. But when the swimwear model proudly sashayed down the catwalk breastfeeding her daughter, she caught the eye of many, not least of whom were the naysayers that deem the act of breastfeeding in public as unsavoury.

True to the nature of keyboard heroes, many on social media came for her, declaring the act as “gross” and “not appropriate”. Yes, in 2018 we are still having conversations about whether or not it is public indecency for a woman to freely feed her hungry child.

Which brings me to World Breast Feeding Week, which runs from August 1-7. The annual event seeks the promotion, protection and support of breastfeeding worldwide as a means of improving infant health.

To mark the occasion, food and drinks company Nestlé unveiled a feeding station at Baragwanath Taxi Rank (set to run for the month) as a means of encouraging women to breastfeed. On the surface this is a noble gesture, but in reality it is problematic.

Feeding stations are, of course, a great initiative as they encourage breastfeeding, offering a safe and clean environment in which mothers can breastfeed away from the often judgmental eyes and, disturbingly, sometimes leering stares. But while the sentiment is positive, unfortunately the inverse is that the suggestion that breast-feeding should be done in private acts to perpetuate the idea that there is something wrong with what is, in essence, a natural act.

It supports the notion that a woman feeding her child should be hidden away from the world. It also needs to be said that the sexualisation of breastfeeding is, in many ways, a Western construct.

For centuries, African tribes have allowed women to freely bare their chests, with the female mammary gland shielded from sexualisation and/or objectification.

Growing up in an African home, it was normal for our mothers, aunts, cousins or neighbours to nonchalantly whip out a breast so that they can feed a hungry child. But as times and social dynamics have changed, so to has the way we view breasts and women’s bodies.

The prudishness of certain cultures has resulted in the female form being shamed because it’s seen as something that is there purely for sexual pleasure.

In our cry for decolonisation, it’s important for us to also interrogate the manner in which we have started to view our bodies and indeed our cultural practices.

A mother says she was humiliated by a clothing store worker when she attempted to breast-feed her three-month-old baby at the retail shop last Sunday.
News
3 years ago

South Africa has made giant strides in breastfeeding. But it’s still taboo in public places

South Africa has a long history of promoting breastfeeding as an important part of promoting child health in the country. Even during the height of ...
Good Life
4 years ago

Breastfeeding in public can be a touchy subject.
News
3 years ago
Next Article