Traits of a toxic relationship and how to confront them 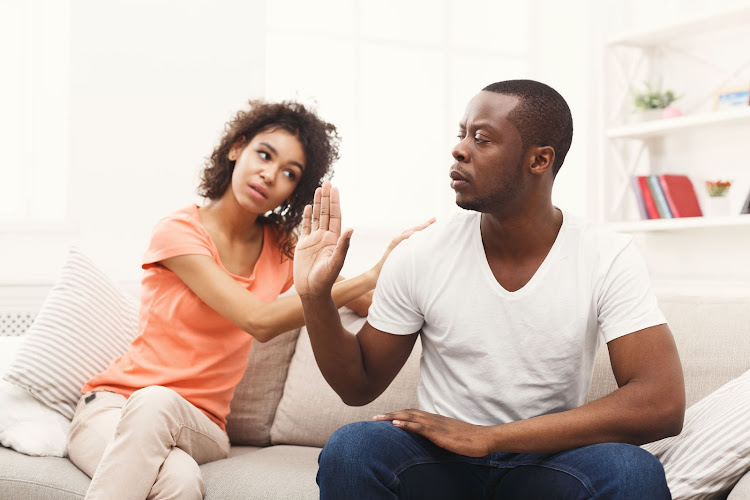 The mounting concern about gender-based violence has opened up conversation around toxic relationships.

According to Psychology Today, toxic relationships usually prevent those involved from living a productive and healthy life. While mutual admiration and respect might be the foundation of the relationship, toxicity often surfaces due to incompatibility between the couple.

While no one is to blame in a number of these relationships, the toxicity often comes about due to an inability to communicate, establish healthy boundaries and to learn to live with each other.

Psychologist Dr Selete Melato points to different personality traits in a couple being a problem.

"This difference in personality could, if not attended to and sorted by the couple, lead to a rift and even the termination of the relationship. It is thus imperative for two people with different personality traits to try and meet each other halfway in how they express and discuss their opinions."

Psyche Mastery's industrial and clinical psychologist Linda Germishuizen details the following personality traits and how to deal with them in a toxic relationship.

Divorce is emotionally draining, but for me it felt like coming out of prison.
S Mag
4 years ago

Traits: Wants everything done their way. They are often rigid and domineering.

Your response: Do not confront them emotionally; learn to manage your own reactions and set boundaries. Manage conflict with them in a calm manner or walk away from situations.

Traits: They find fault with everything. They are often insecure or highly stressed individuals. Germhishuizen warns that being overly critical could be a sign of depression among elderly people.

Your response: Allow them to explain themselves. Germishuizen also advises you talk to the person about how they come across and and the impact it has on your relationship.

What is ghosting? Experts, a victim and a ghoster give us the low down

In an age where people dread the admin of explaining themselves, and silent treatment is considered the norm, is social etiquette promoting the act ...
S Mag
3 years ago

Traits: This person frequently says or does whatever they can to keep everyone else happy. They are also reluctant to take responsibility for decisions and allow others to walk over them. It is hard to tell how they feel as they will give you the answer they think you want to hear.

Your response: Practise patience and allow them space to assert themselves in your relationship. Allow them to make decisions and honour those choices. You also need to give them deadlines for when they need to respond.

Traits: Often insecure, they can come across as passive aggressive and they struggle to commit to something. They often feel powerless over what happens in their lives and blame others for their circumstances.

Your response: "Make sure you do not get hooked into supporting their point of view," says Germishuizen. She advises you to listen to a specific problem once and avoid it a second time, as they are trying to get sympathy. Focus on what they can do to solve issues.

Questions to ask before tying the knot

Speaking to your partner about money.
S Mag
4 years ago

In a relationship? Here's how to keep things healthy

Relationships can be tricky. Make sure you dont adopt these unhealthy habits!
S Mag
3 years ago

Is your partner cheating on you, financially?

If your partner keeps their financial affairs secret and presents a false picture to you, it can put you both in a difficult position.
S Mag
3 years ago
Next Article