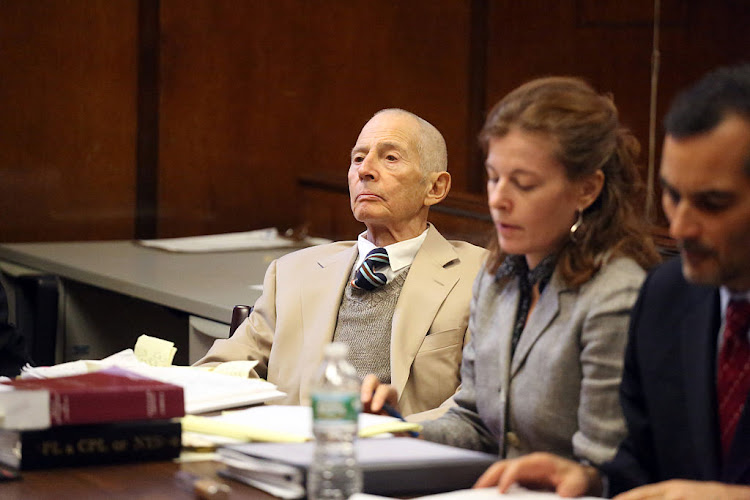 After the release of Netflix’s hit documentary series Making a Murderer, true crime has become a pop culture obsession instead of a guilty pleasure. So here are five thrilling true crime documentaries to watch this winter:

Andrew Jarecki’s six-part documentary tells the story of Robert Durst, a wealthy real estate heir who killed his neighbour. The series explores wealth, privilege and violent death in the US from a forensic perspective. Jarecki tries to uncover the truth behind the death of three people close to the elusive Durst who, after killing his neighbour, went into hiding by pretending to be a deaf-mute woman named Dorothy. Durst sat with the filmmakers for over 20 hours, reflecting on the darkest moments of his life.

The three-part crime documentary delves into the 2008 murder case of Travis Alexander and follows the trial of Jodi Arias, Travis’s ex-girlfriend and murderer. The Arias trial generated nationwide attention in the US for the brutal nature of the crime, the sordid details of the relationship, and Arias’s behaviour.

In this eight-part documentary series, filmmakers Joshua Zeman and Rachel Mills explore the unsolved cases of the Long Island serial killer who started dumping the bodies of prostitutes at Gilgo Beach in 2010. They travel between New Jersey, Florida and New Mexico, stretching the boundaries of journalistic ethics to find new information on the killer. The documentary offers an interesting take on amateur detectives while exposing a dark side of the US people rarely hear about. The Keepers meticulously examines the real-life cold case of a nun murdered in Baltimore in 1969. Director Ryan White tells the story of Sister Cathy Cesnik, a young nun who went missing from her flat in Baltimore. A year later she was found with a broken skull on a frozen hillside. Nobody  until now has been able to determine conclusively what happened to the young nun.  A must-watch crime doc series with twists and turns you won’t expect.

The Case of JonBenet Ramsey

The murder of JonBenet Ramsey is a famous unsolved mystery. On December 26 1996, Patricia Ramsey phoned emergency services to report that her six-year-old beauty queen daughter had been kidnapped after finding a ransom note. Later that day the body of JonBenet was found in the basement of her family’s home in Boulder, Colorado, wrapped in a white cloth with a nylon cord around her neck. For years people have speculated who killed the angelic, blonde pageant winner. The CBS two-part documentary series The Case of JonBenet Ramsey provides a possible explanation.